Rock out with your cock out in Stockwell 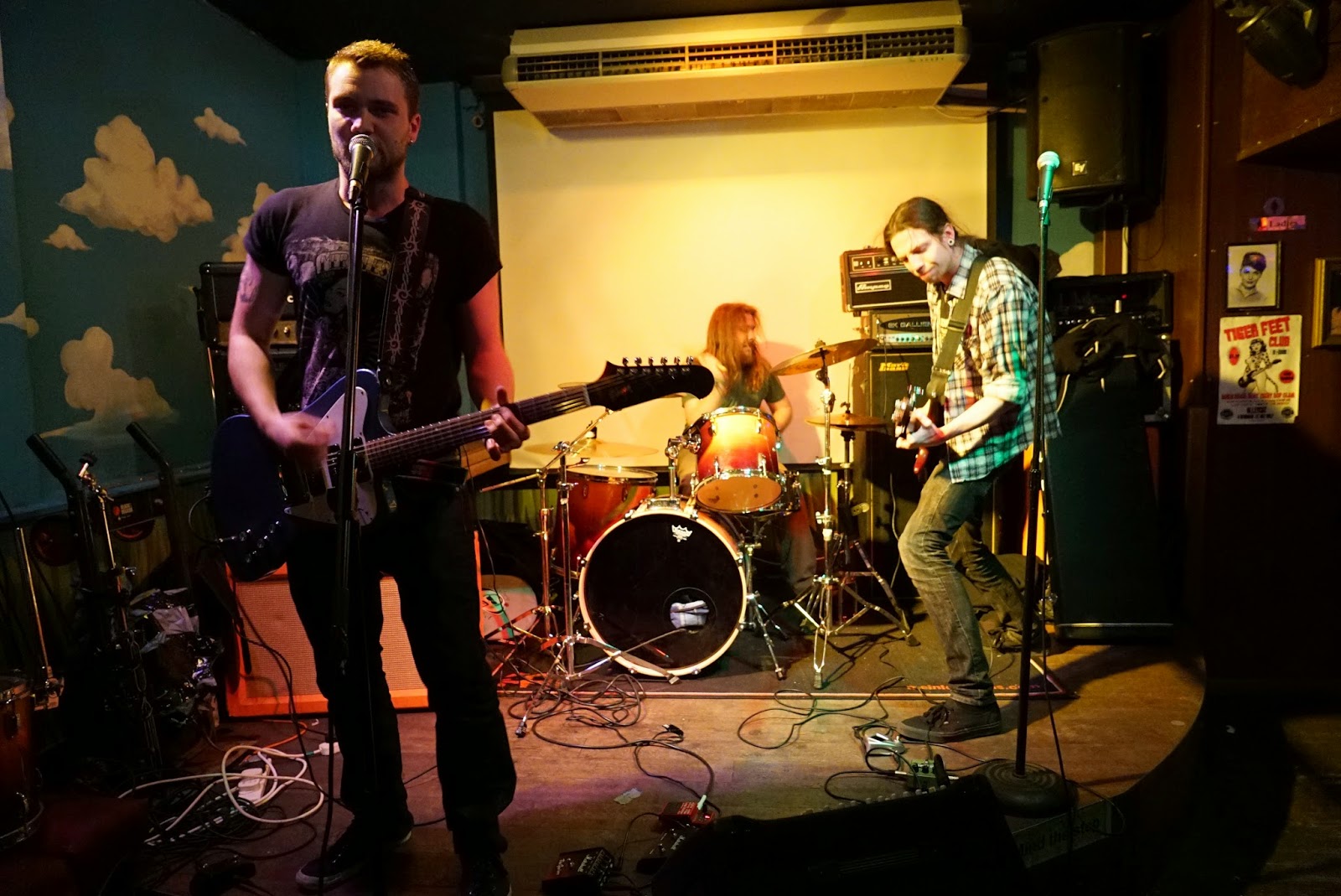 Regular Happening Londoners may have seen our photo montage of up and coming Blues Rock band, Trevor’s Head, performing alongside In Search of Sun and Ten Ton Tabby at the launch of Molotov, an explosive new evening of heavy music at one of Soho’s last remaining live venues, Allycat.


If you like what you saw then there’s a chance to catch this pulsating group of guys for yourself this Friday (Jan 30) at the Cavendish Arms, in Stockwell. The band, consisting of lead vocalist and guitarist Roger Aitkin, Drummer Matt Ainsworth, and bassist Aaron Strachan, hail from what they themselves describe as London’s shittest suburb, Redhill, and have been attracting fans all over the country with their unique brand of Stoner-Rock.

During this outing they will be joined by Escape Code, Seek Destroy, and Zad, to complete an evening of foot-stomping guitar music that is sure to live long in the memory, and what’s more, it’s FREE!

You can listen to Trevor's Head playing live at Allycat here and their latest EP Otherside on Spotify, which is also available on iTunes.
TAGS : Lambeth | Music | Social |
SHARE :