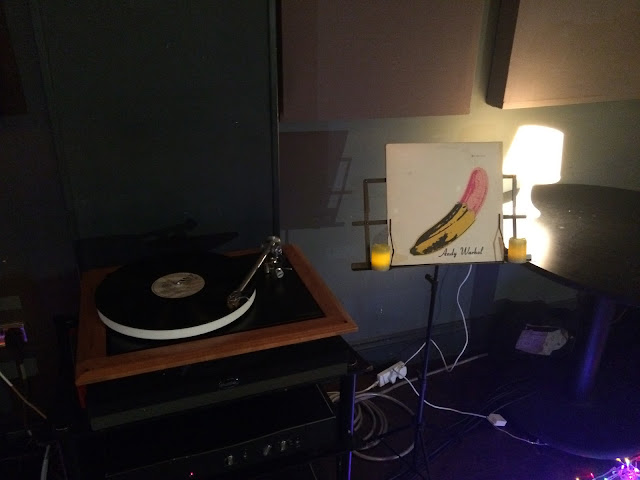 Paying ten quid to listen to a record you've already heard a million times before may seem an act of lunacy, but this is exactly what a room full of people willingly do at monthly-ish events in London, Boston, New York and beyond.

The concept of Classic Album Sundays is beautiful in its simplicity. So much so that the usual reaction is: "Damn, I wish I'd thought of that!" Get a load of music lovers together in a room and have them sit in reverential silence while an original vinyl copy of a classic long player is played in full on some audiophiliac-arousing kit, including glowing valve amps and speakers made of wood with a distinctly steampunk feel.

It's the perfect antidote to our diminishing attention spans, information overload and iPhone shuffle modes, and has been packing out cosy venues for years before mindfulness became the mot du jour.

More than a year had passed since I'd attended one of these shebangs (a pop-up celebration of the late Dame Bowie). But on a rainy Sunday when going for a walk was ill-advised and I had a real urge to do something that didn't involve staring at a screen, it ticked all the boxes; especially as today's album was the Velvet Underground & Nico. Or as everyone knows it, the one with the banana on the front.

There's an interesting preamble including the usual quote attributed to Brian Eno about everybody who bought the album forming a band. Considering the initial sales were something like a healthy 30,000, that's probably a bit of a stretch, but the pervasive influence is obvious. A factoid I hadn't known was that the band took to wearing sunglasses on stage to avoid being blinded by the glare of Warhol's film projections and strobe lighting, rather than a deliberate effort to look cool.

Hostess Colleen sets the scene before the main platter with some choice cuts from the same year (which, like most people, I'd always assumed was much later than 1967). We get Strange Brew, Alone Again Or, Within You Without You ... some Pink Floyd, Captain Beefheart and Moody Blues. There are fairy lights and joss sticks to add to the Woodstock vibe. Then we shift from San Francisco's summer of love to Andy Warhol's New York Factory and the flavour is distinctly different.

The contrast between the happy-clappy LSD-infused psychedelia of the West Coast and the stark, abrasive whip and smack monochrome of the VU gives us a hint of just how out of kilter the record must have sounded at the time. The assembled congregation are sat, eyes-closed in rapt adulation. Every song is an absolute belter (with one possible exception) and while everybody knows the debt that Sonic Youth, MBV, the Jesus & Mary Chain and the class of C86 owe to this record, hearing it in this context reveals other musical off-spring with every song. I hadn't quite appreciated how much Ultra Vivid Scene's Mercy Seat was a xerox of All Tomorrow's Parties, or how There Is A Life That Never Goes Out lifts its hook wholesale from There She Goes Again, and so on and on.

When the needle is finally lifted from the cacophony of European Son that a million bands have imitated but seldom bettered, there is a ripple of grateful applause - the same kind of nervously excited clapping you get after a bumpy plane ride - with a palpable sense of both thrill and relief.

As I rise unsteadily to my feet, I try to recall the last time I listened to an album from start to finish and gave it my full attention. And I realise that I can't. That's something I intend to rectify right away.