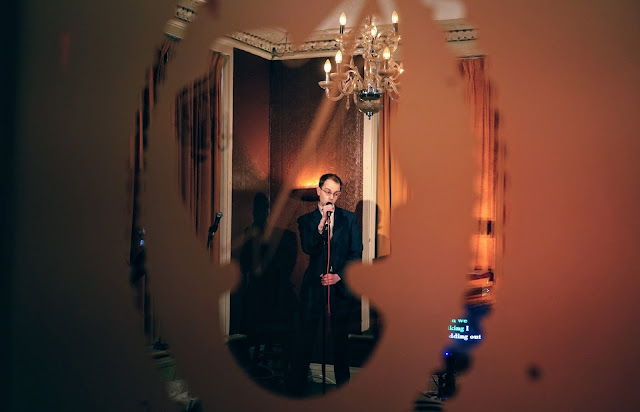 On rare occasions you'll discover a super cool night and you're torn about telling other people. Your friends will tell their friends and so on: before too long the normals arrive en masse and could spoil it for everyone ... Well Bingo Master's Breakout is one of those rare occasions.

But, it's been running for just over a decade, so maybe it's the kind of special thing that doesn't have mass appeal: here's hoping.


"Started in 2006 London's Premier Poetry Karaoke Bingo night is like no other night you've probably been to ..."

People attending do ONE Poem and ONE Karaoke song. Either their own poem, or one from a selection on hand: most people seemed to perform their own. 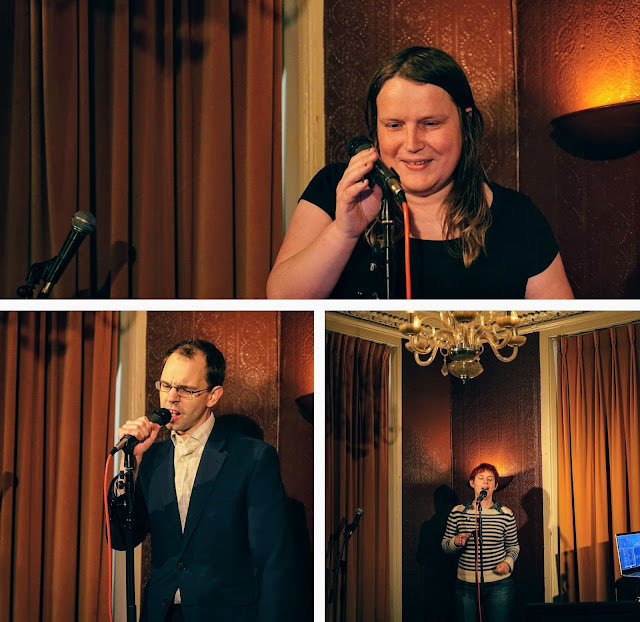 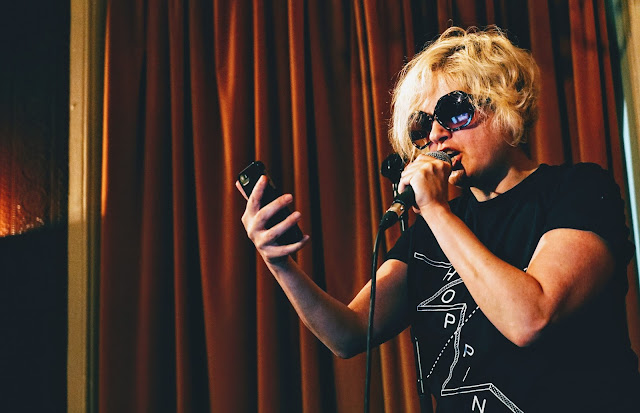 Performers below: including poet and bingo caller for the night, Rachel Pantechicon along with +Fran Isherwood, +Alcuin Edwards, +Melissa Reardon and +Rob Britton. 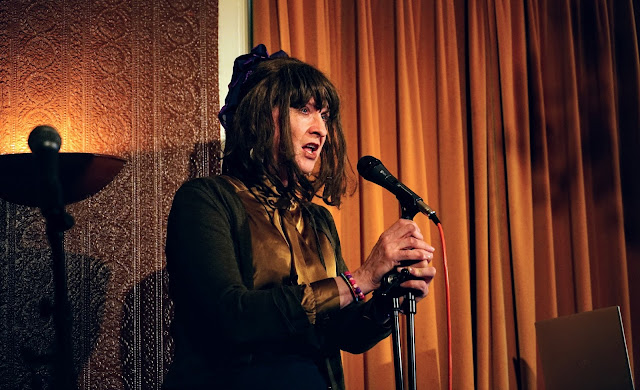 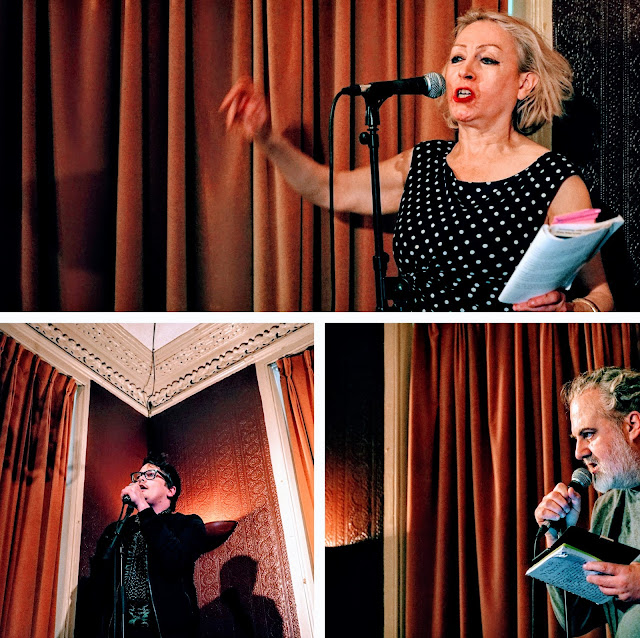 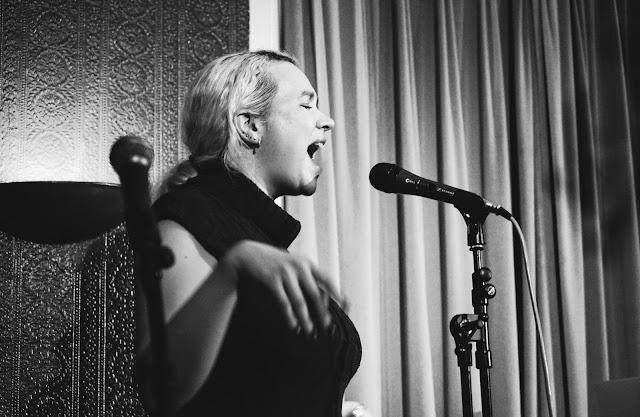 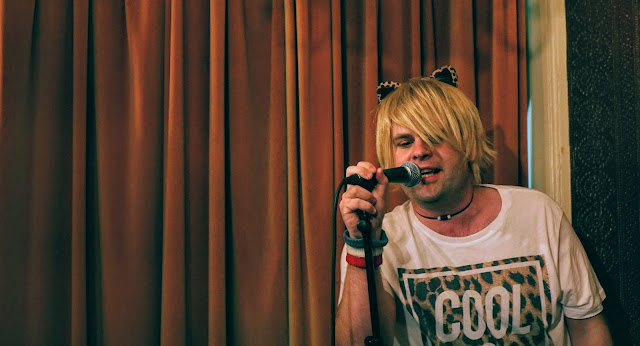 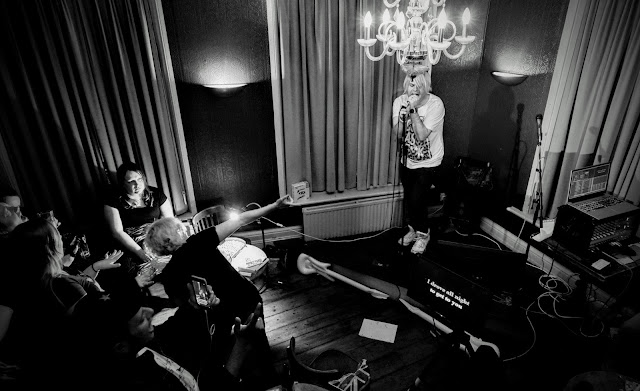 Next up was +Ernesto Sarezale, whose performance went down really well, along with his trousers. 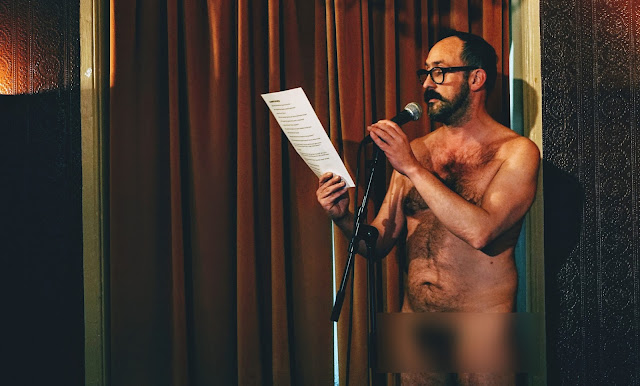 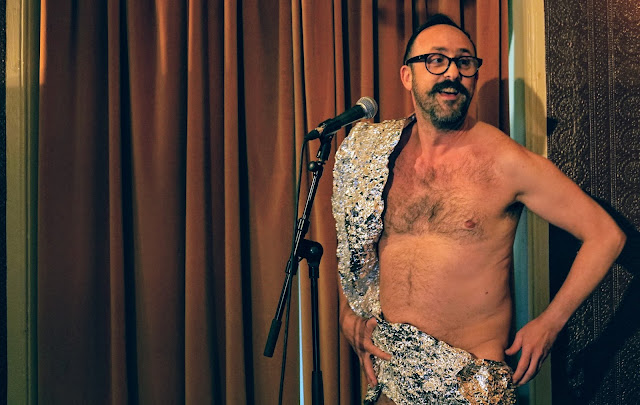 My blood alcohol level was too high to make the connection at the time, but Ernesto's costume change was a pretty literal reference to the flyer for the night which David Barnett had originally shared the the Happening London Community. 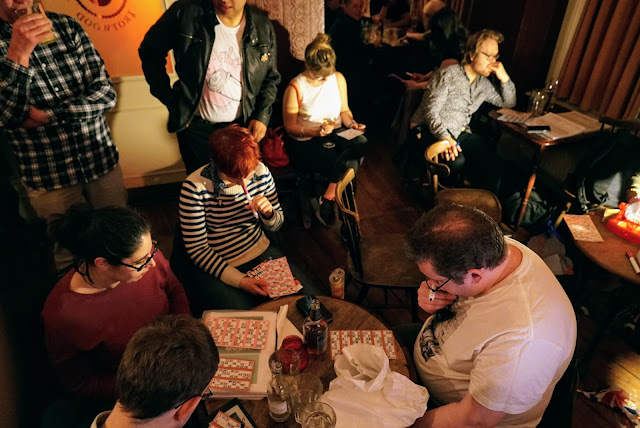 After the competitively charged round of bingo was over it was time for more music with the main karaoke set for the night.


The New Royal Family: stepped up and sang a number of songs over their own backing tracks including "Anyone Fancy a Chocolate Digestive?". 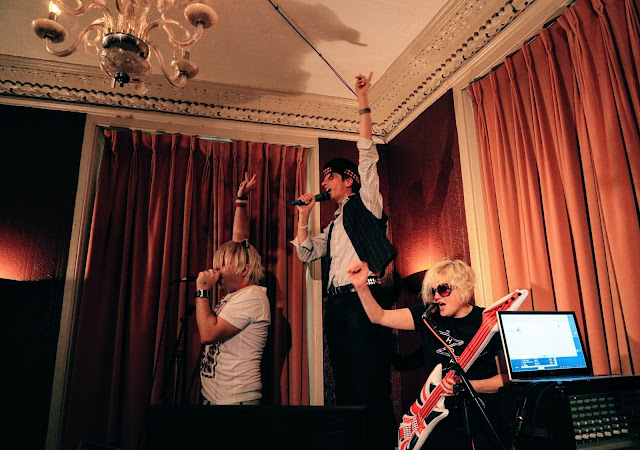 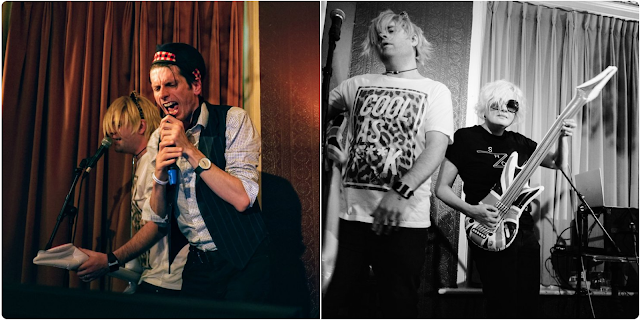 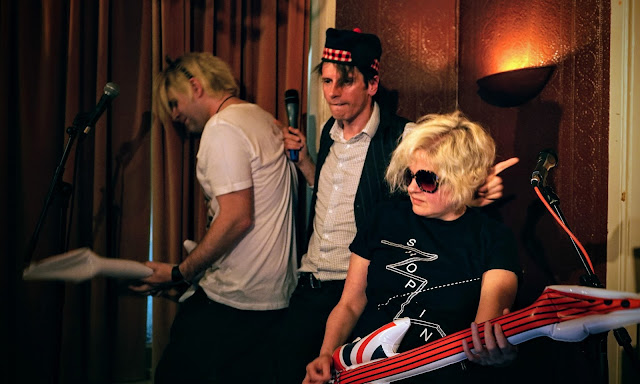 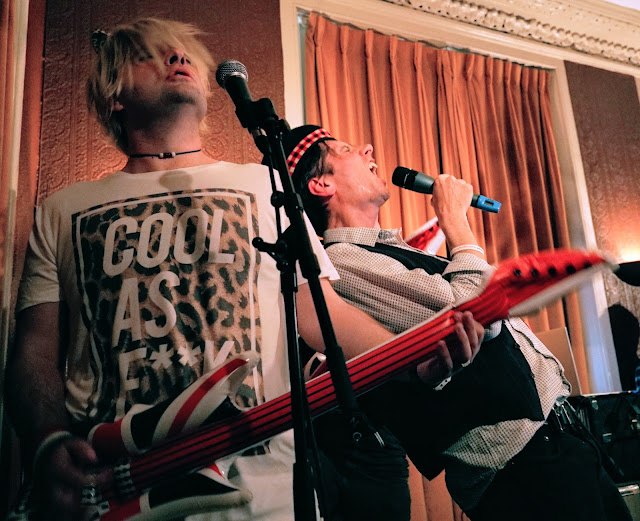 Suddenly it was my turn turn to shine, along with my karaoke partner +Emma Baines. Please excuse the shoddy pictures but most of my efforts were directed into what, as far as I can recall, was a pretty unforgettable performance. 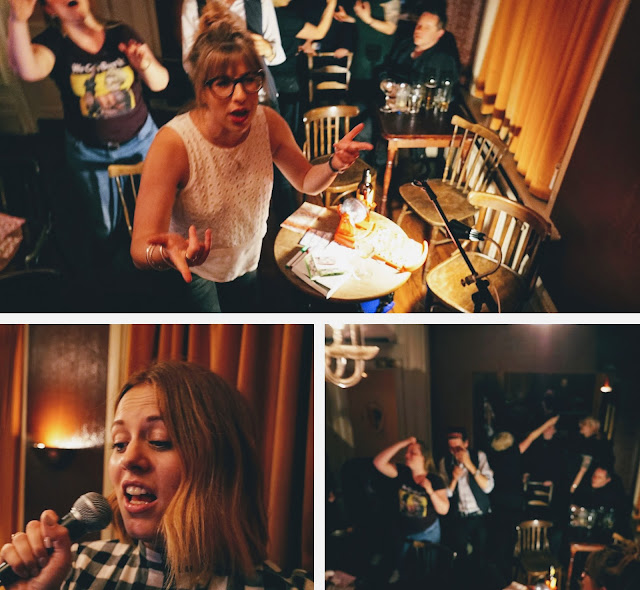 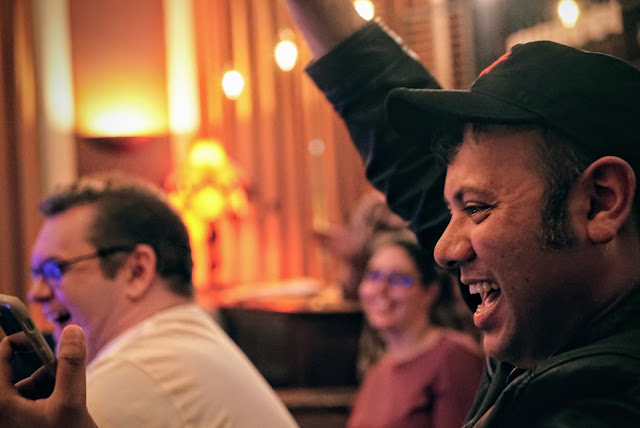 I hadn't heard of Bingo Master's Breakout before it was posted in the community several hours previously, but despite that it provided an epic night. Here's to future Breakouts! 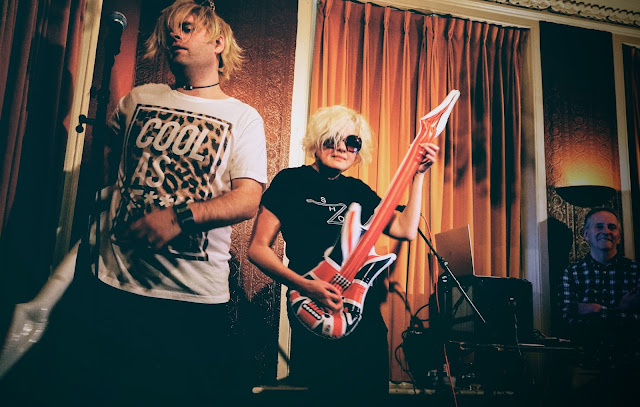