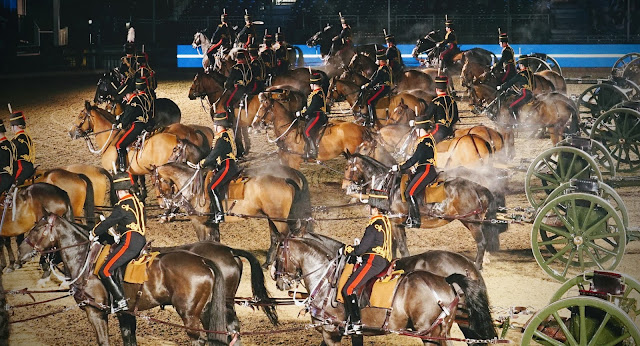 On Thursday nights you will often find me, along with other members of Buckley Social, in the Clerkenwell H+K bar. Last Thursday though I got an unexpected opportunity, on behalf of +Happening London and thanks to brand partner Huawei, to spend an evening at the +Royal Windsor Horse Show. 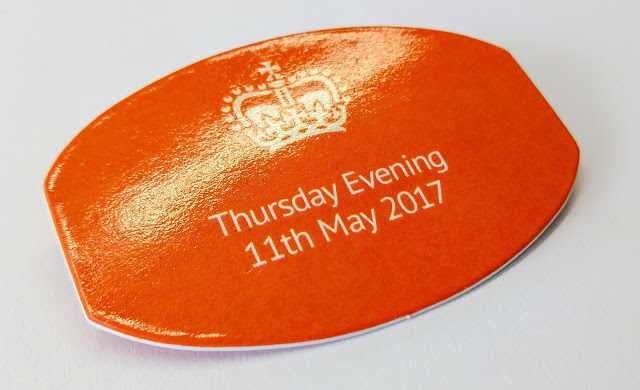 Reading the invite in detail it became apparent that this was far more than a normal dinner invitation. I'd be spending the evening watching the performances from the best seat in the house: the Royal Box!

It was all rather last minute for me but I managed to get myself to a spot "Under the clock" at Waterloo station, where I was to meet my host Fiona Hughes and fellow guest Becky Gee. 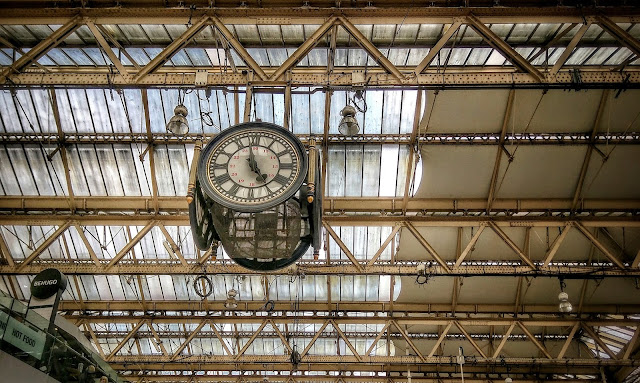 We met and made our train, just in time! The commuter train was pretty packed so proper introductions were made after arrival, on the short stroll from the rather pretty Windsor & Eton Riverside terminal station to the event location in the grounds of Windsor Castle.

After entering the grounds we, well I really, had a small hitch. I was wearing jeans and no jacket, so didn't meet the dress code required for entry. Fortunately for me neither member of my party saw this as an insurmountable hurdle. So after a short shopping trip with excellent fashion advice by Becky and a very quick change we all took our places at dinner. 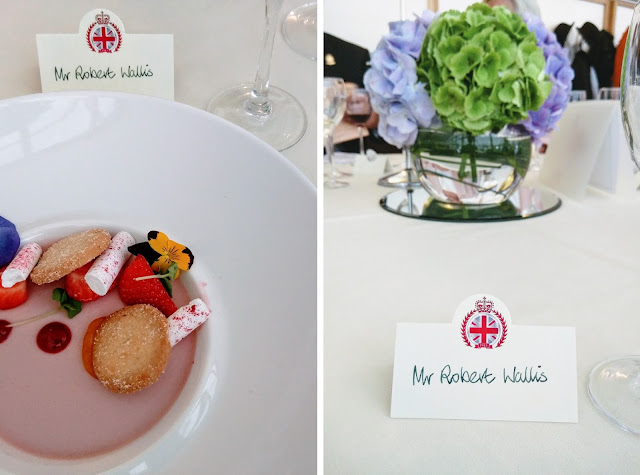 Dinner (the food and company) was excellent. I didn't get my camera out at all though, it really wasn't that sort of setting to be honest, so I've only got a couple of mobile snaps. Wish I'd had the foresight to keep my place setting card: lovely handwriting.

After dinner we moved out to watch the evening's schedule of events. I should state at this point that I'm not at all what one might call a "horse person". I have ridden in the past, though rarely. I'm OK with horses, but they are not "in my blood". I was more looking forward to congenial conversation. I hadn't though, counted on the speed, excitement or the variety of spectacle which would be offered up.

First was "Dressage" which I'd describe as the equestrian equivalent of ballet. While undoubtedly beautiful, and probably the highest expression of horse training, it begs for a more equestrian mindset than my own.

Next came the Pony Club events, which were much more my type of thing: fast paced and fun!

All the Pony Club events were exciting and turned around with surprising speed.

There appeared to be a series of standard race types: think "egg and spoon" and "sack race" but with fiercely fast ponies combined with dismounting and remounting at speed. I hadn't expected so much action!

After the Pony Club events came the more "meaty" performances by The Household Cavalry and The King’s Troop, Royal Horse Artillery. Both of which comprised of large numbers of horses performing set pieces with great speed and skill: quite how this doesn't result in serious injury I don't know. Practice I guess; it was a sight for all the senses. 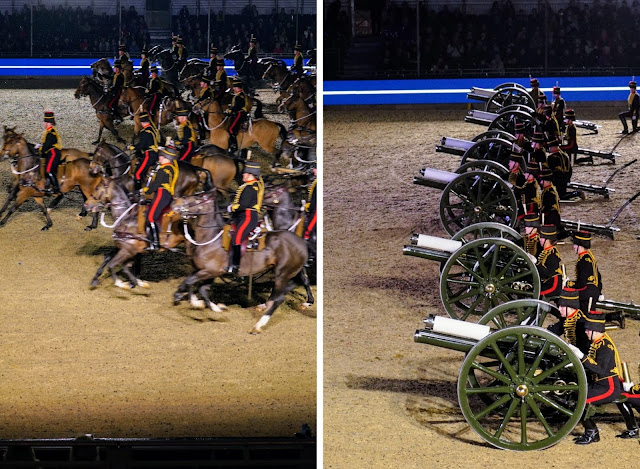 The evening was rounded off with a cannon salute! 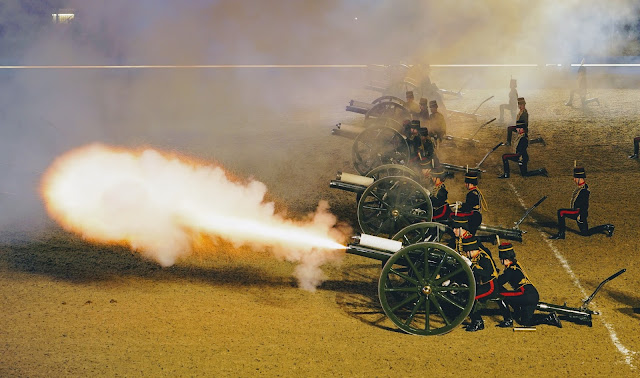 All in all the evening was delightful, even without touching upon the extended activities which happen throughout the day at the show I'd recommend seeing the central performances if you can.