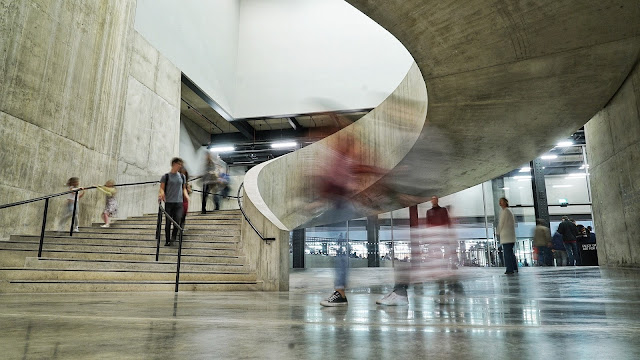 I love the Tate Modern, I've been there quite a lot, but it's a huge place and there's a lot to see with different areas to explore.

During my last visit I spent some time with 1, 2, 3 Swing! but after that I wandered over to the area known as "THE TANKS" and got caught up with the building itself.

The concrete lines! The scale! The extremely satisfying way that new architectural features really work in a space which was originally conceived and designed by Sir Giles Gilbert Scott and built in two stages between 1947 and 1963 as the Bankside Power Station.

The way people move around inside the building is fascinating.

This stairwell might be my absolute favourite part, at least of this corner of the building.