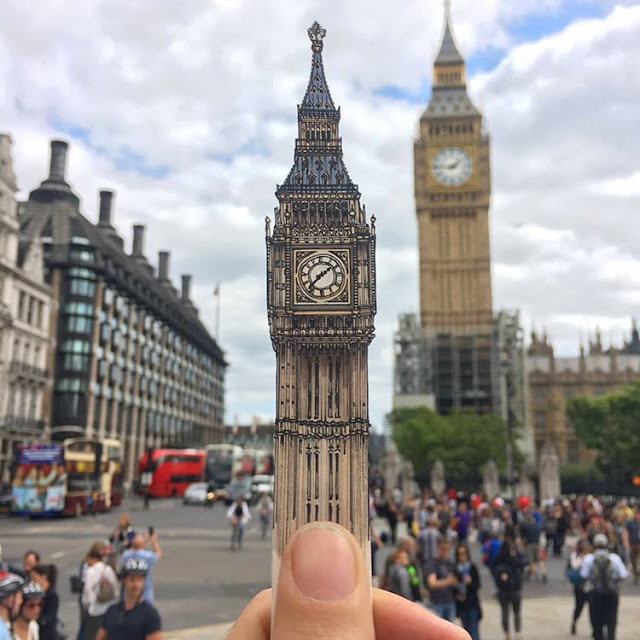 Originally from Sydney Australia, +Maxwell Tilse moved to London in 2015 and is a self taught artist, working as a freelanced illustrator. Since leaving university in Sydney and setting off backpacking Max has drawn and sold hand drawn postcards. 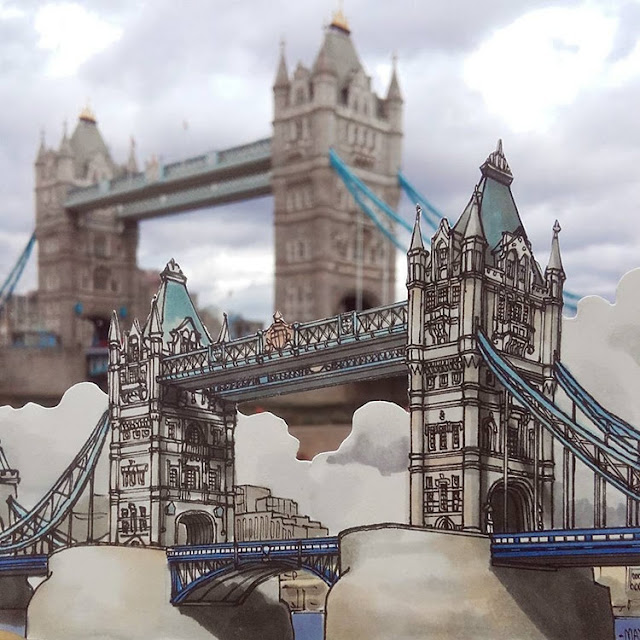 Now he has released a new series of cut-out drawings that depict the city’s oldest pubs.

From the wedge-shaped Black Friar built in 1875, to the quaint Georgian architecture of the The Bricklayers Arms in Fitzrovia, Tilse captures the essence of London’s most quintessentially English watering holes—the oldest being The Old George, which has been in business since 1713. 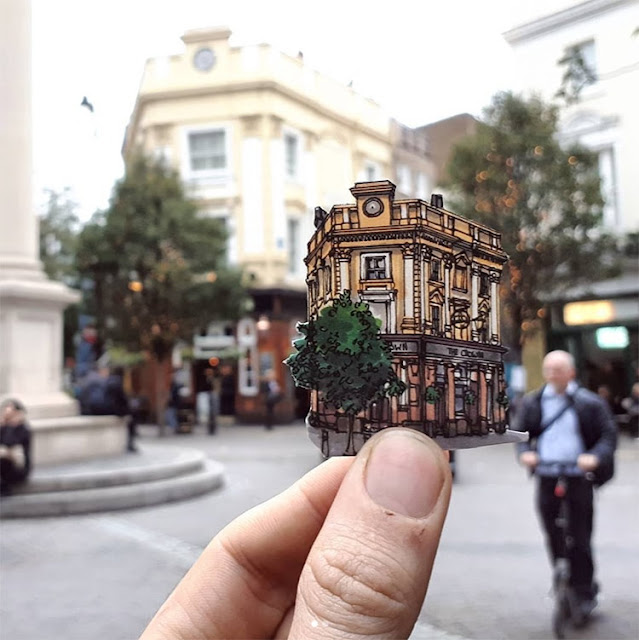 The Crown at Seven Dials - on Google Maps - Instagram photos 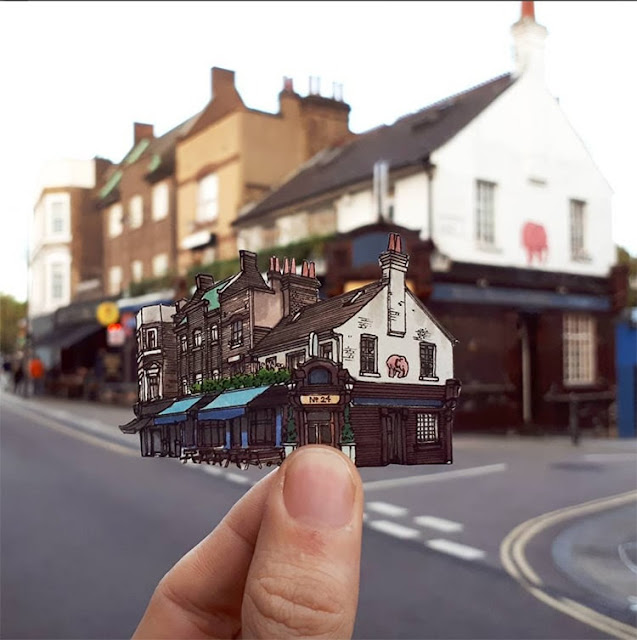 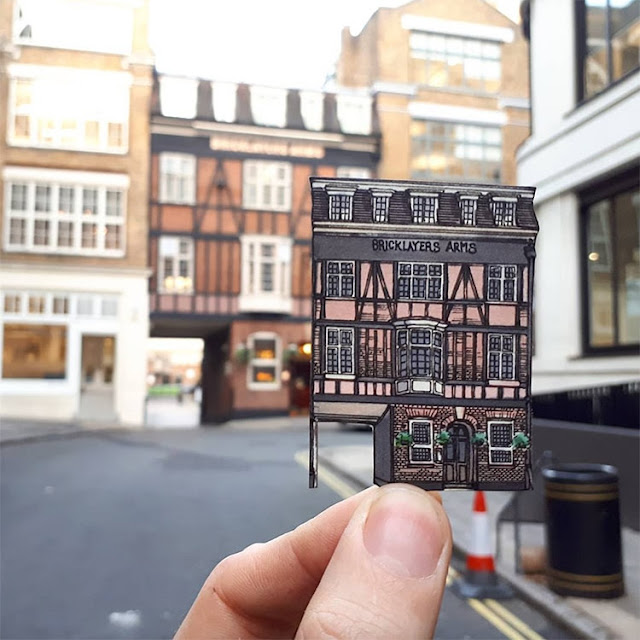 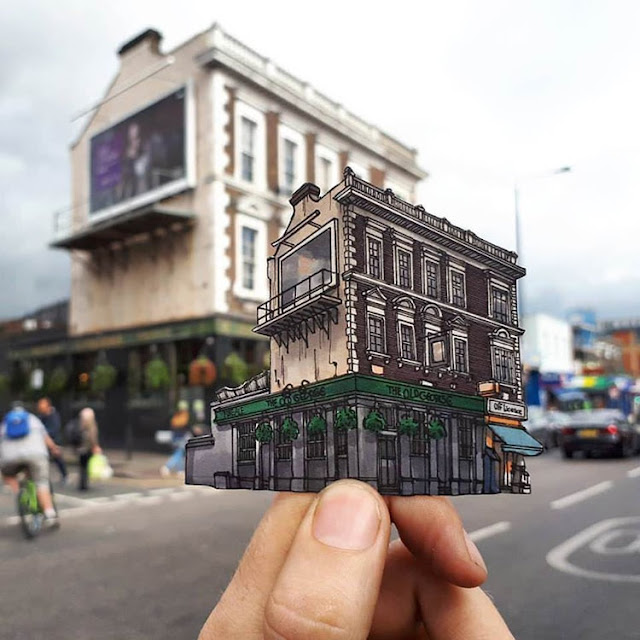 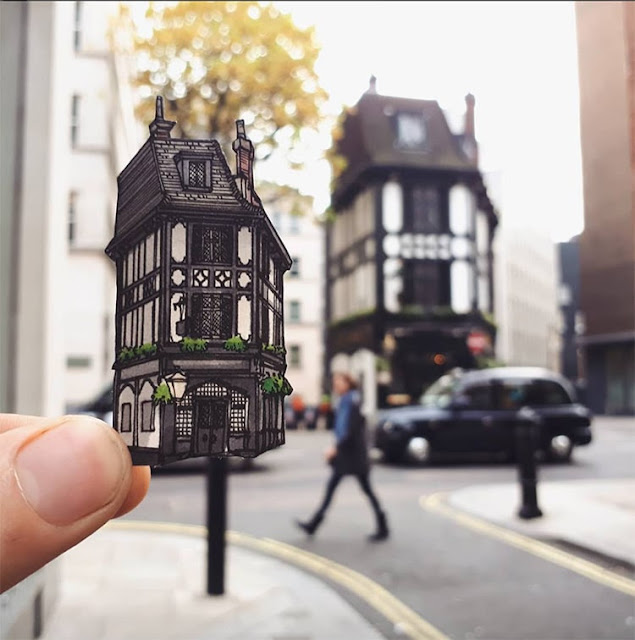 The Coach & Horses - on Google Maps 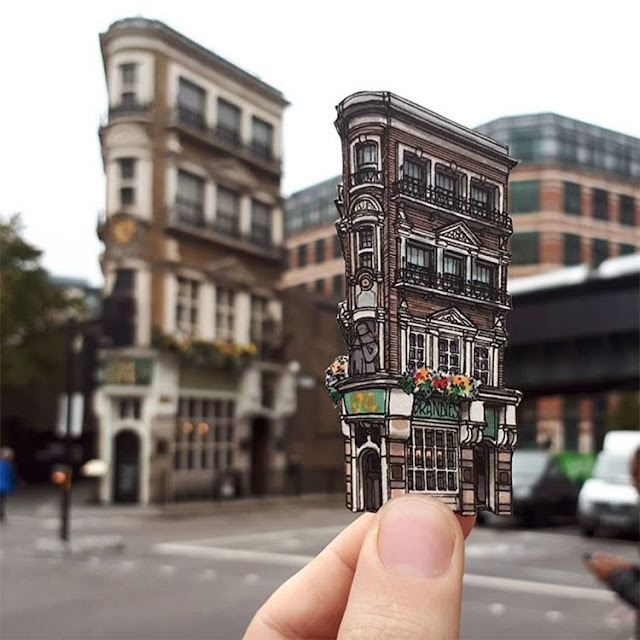 
“London is a city packed to the brim with historical wonders that are so easy to miss or pass by, unnoticed.” 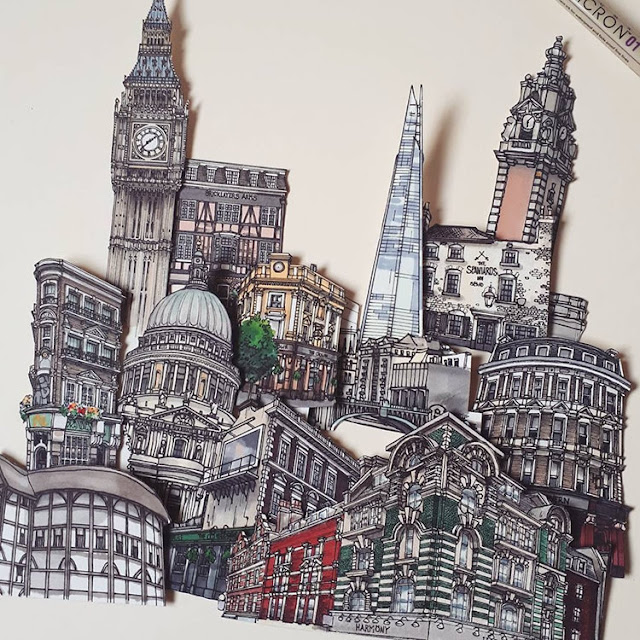 
“I do love the mock Tudor architecture that's nestled in between the grand Victorian hotels and galleries.”