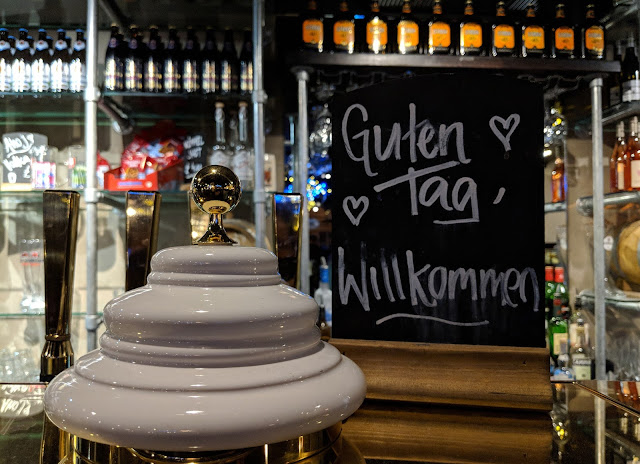 I first heard about the Munich Cricket Club through a friend. Not being much of a sporting fan I'd dismissed it, but upon learning that it has nothing at all to do with cricket and is in actuality a Bavarian style Bierkeller and kitcken it became a much more appealing point of interest for me. 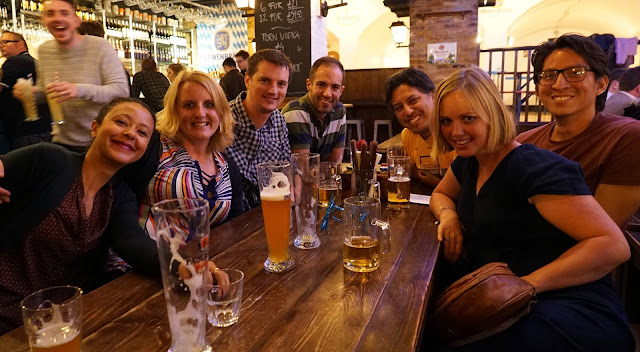 When the chance came, to join said friend and pals for a German themed evening of beer, food, music and hijinks, I was in. 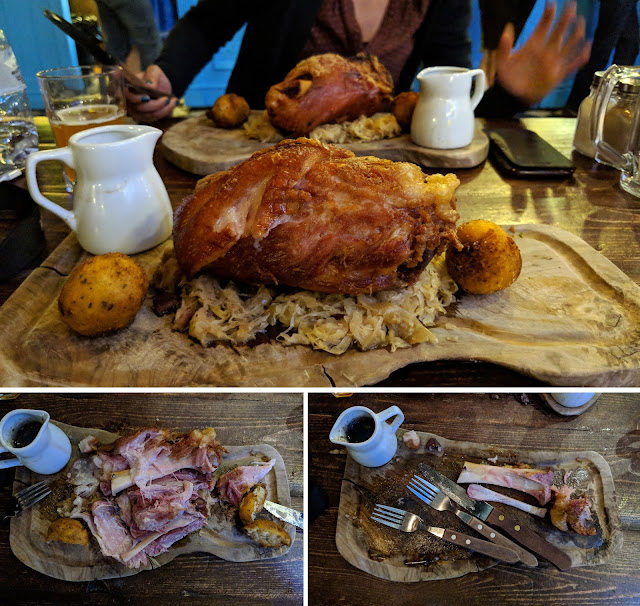 I lived in Germany for a stint a few years back so I had high hopes that the food would live up to the authentic Bavarian  Bierkeller promise: it did. I had the pork knuckle. 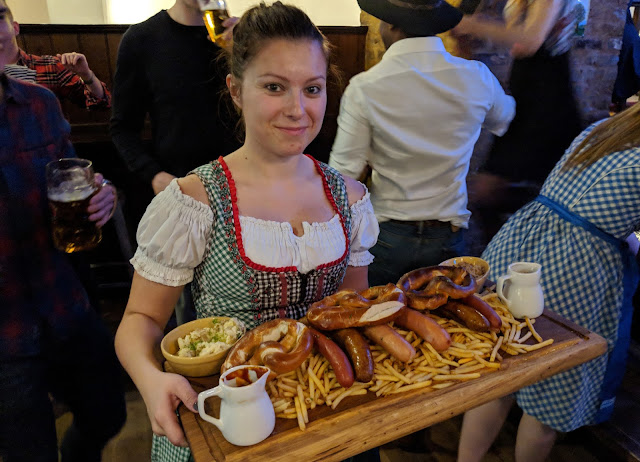 Then the Oompah music kicked off! 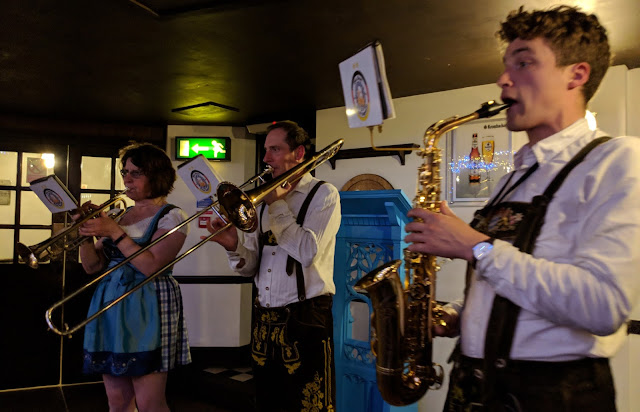 Okay, it's cheesy: but catchy as hell. Especially when full of German beer. The benches and tables are sturdy. Fear not: get up and join in! 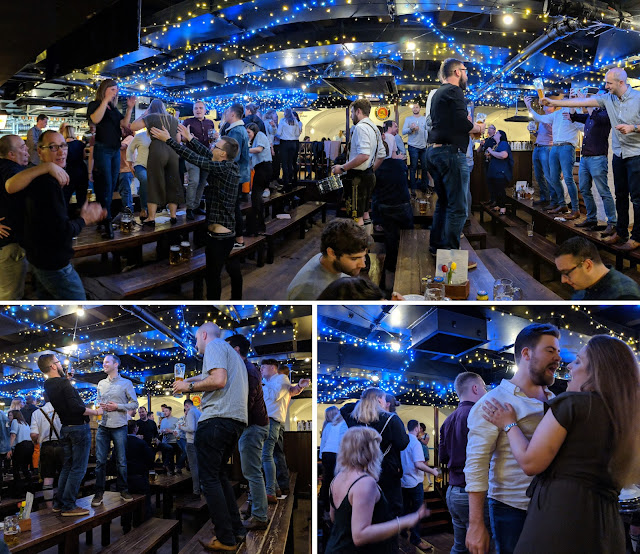 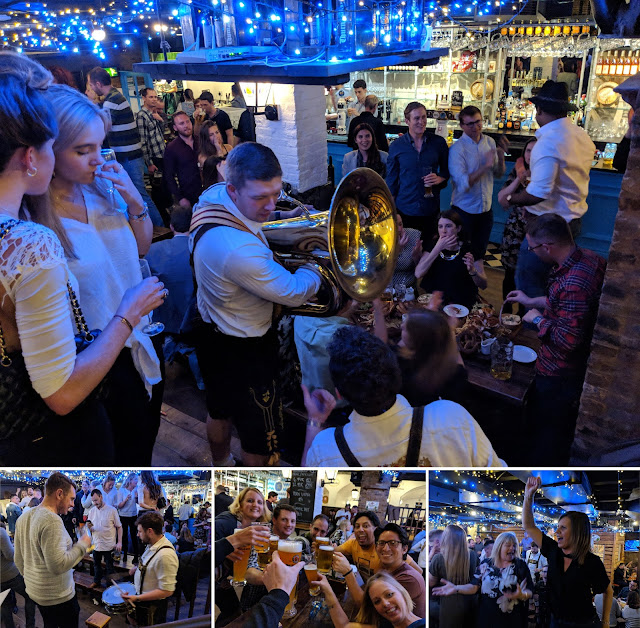 It was my first time there, but I got the distinct impression that many people had been there before and had probably been back for Bierkeller fun on numerous occasions. 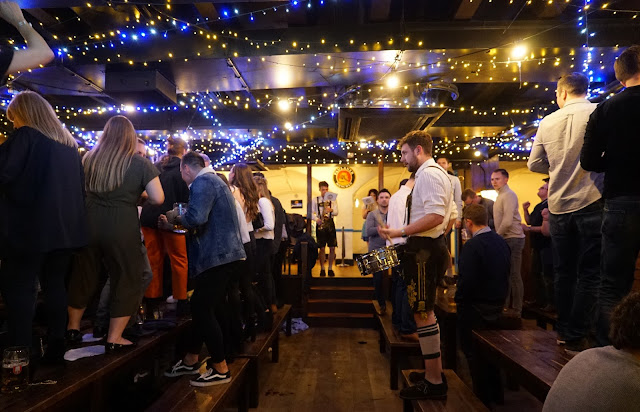 We had a great time. So good in fact that after spilling out onto the street we went on somewhere else for more Europe themed fun.