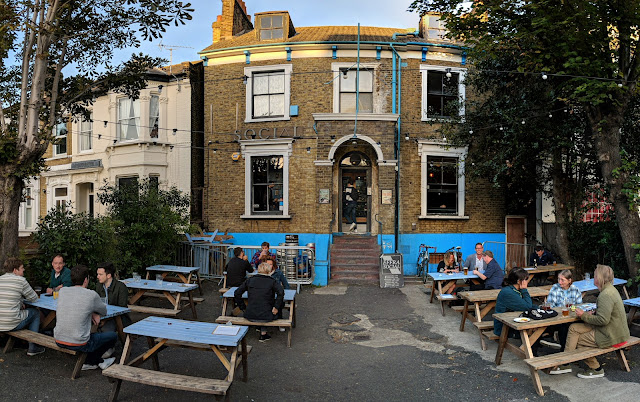 The Effra Social was, until its closure in November 2012, home to the local Conservative club and the walls are still lined with memorabilia from the buildings political past.

I've walked past and thought it looked like a friendly spot, but hadn't had time to stop but last weekend I dropped in for a pint an a snack with a friend.

The venue is now a diverse pub come social space, unlinked from it's previous political usage: a front bar (which was closed when I popped in), a dance hall, restaurant, garden and lots of nooks and crannies. 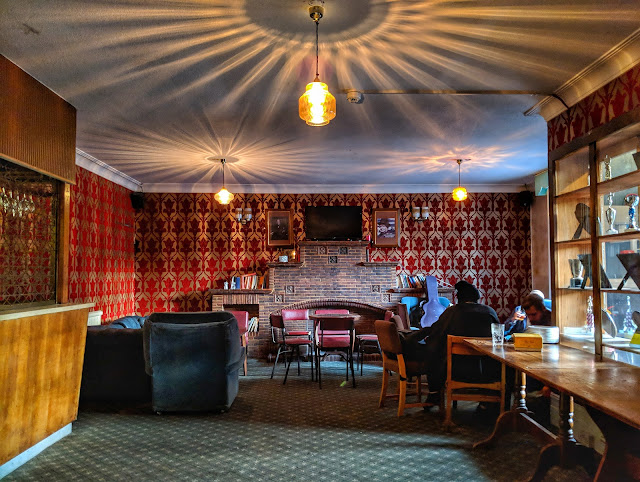 It’s pitched as simply a great place for a party, some food or a dance in the main hall. I visited on a Sunday afternoon so it was pretty chilled, no dancing at that time but there are apparently often DJs and bands, a regular Quiz nights, book clubs, cinema clubs, comedy & poetry. Helping it own the  "social" part of it's current incarnation.

The large drinking hall does get busy at weekends (with queues to get in), but when I was there it was pretty relaxed, dimly lit but still welcoming. 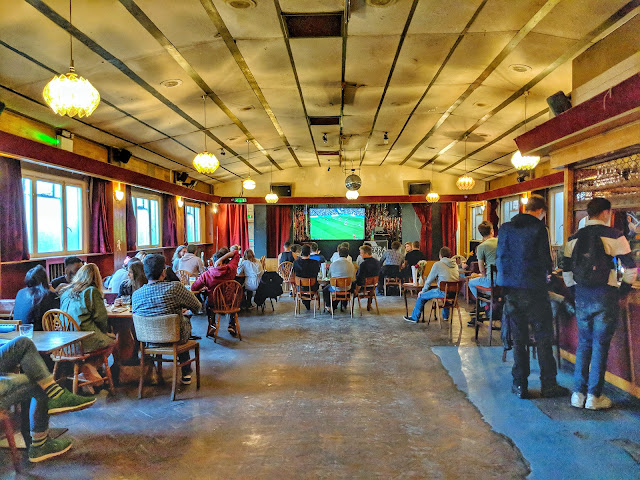 This is as much an event space as a pub, and you'll find regular DJ nights, reggae sets, dances, quizzes and film clubs.

It's said that during it's previous incarnation that Churchill occasionally drank here, plus John Major and Iain Duncan Smith. With the fabric of the building being left tatty but intact it does give the space a sense of history with plenty of natural charm. 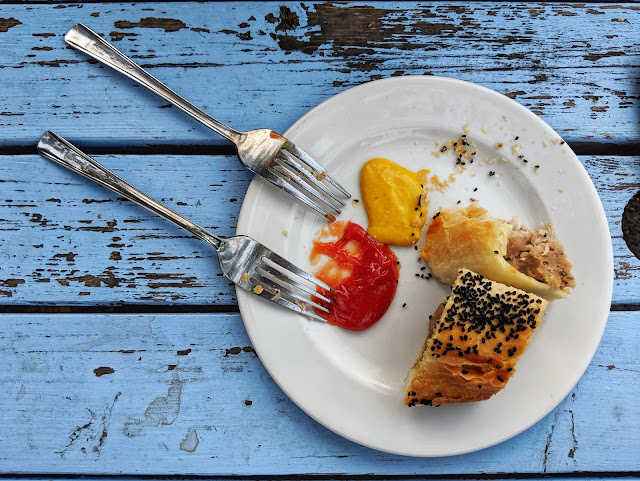 This former Conservative social club has kept the social and lost the conservative. 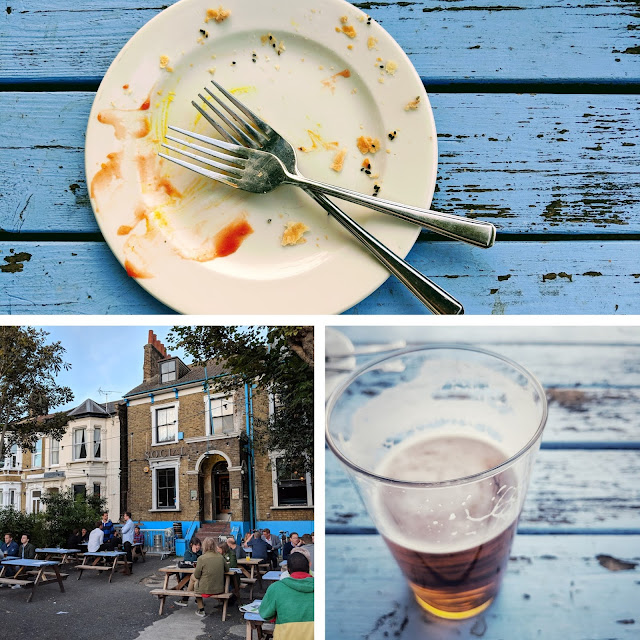