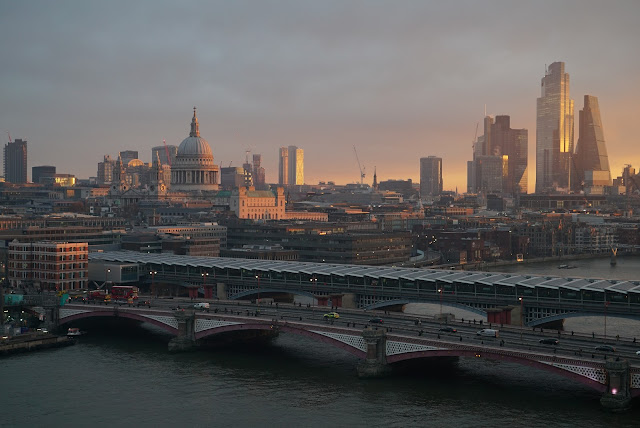 We've had some cracking London sunsets and sunrises over the past few weeks. This morning I happened to have my camera with me so took a few shots. The above image is unedited, unfortunately I'd missed the best of the light by the time I was into work and out on the balcony. 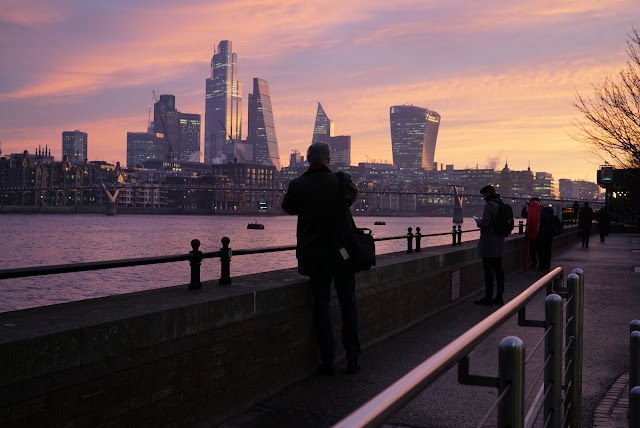 People taking photos of the city from the South bank of the Thames near Blackfriars.

All my images go to Google Photos, which occasionally produces "stylised" versions which you can dismiss or save. The below image is a bit extreme maybe, because it's a stylised version of a manual edit I had made. 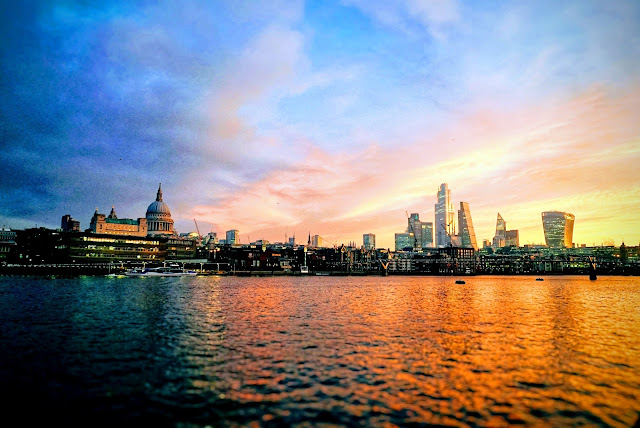 The following couple are stylised mobile shots, which had been zoomed slightly. 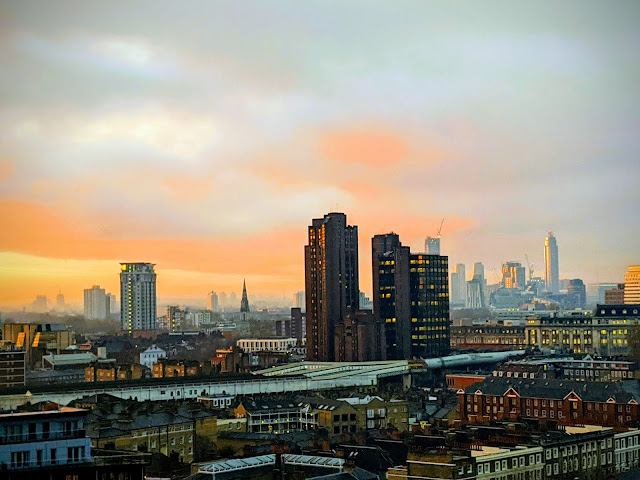 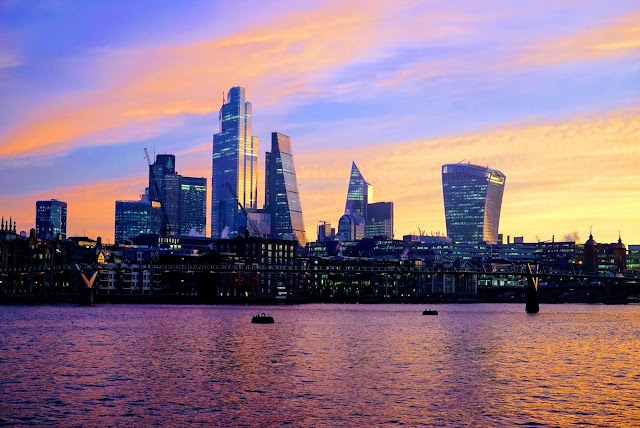 This next image was taken with the mobile image App Vignette; I shared that in London Photos. 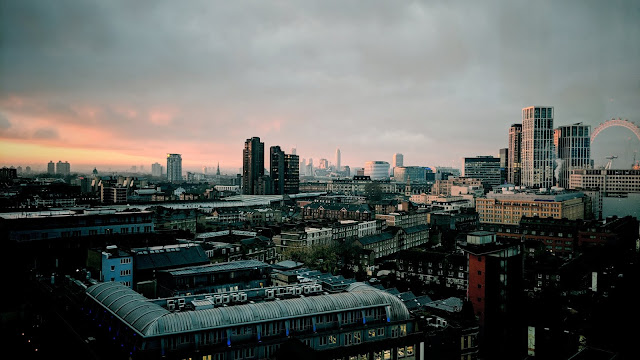