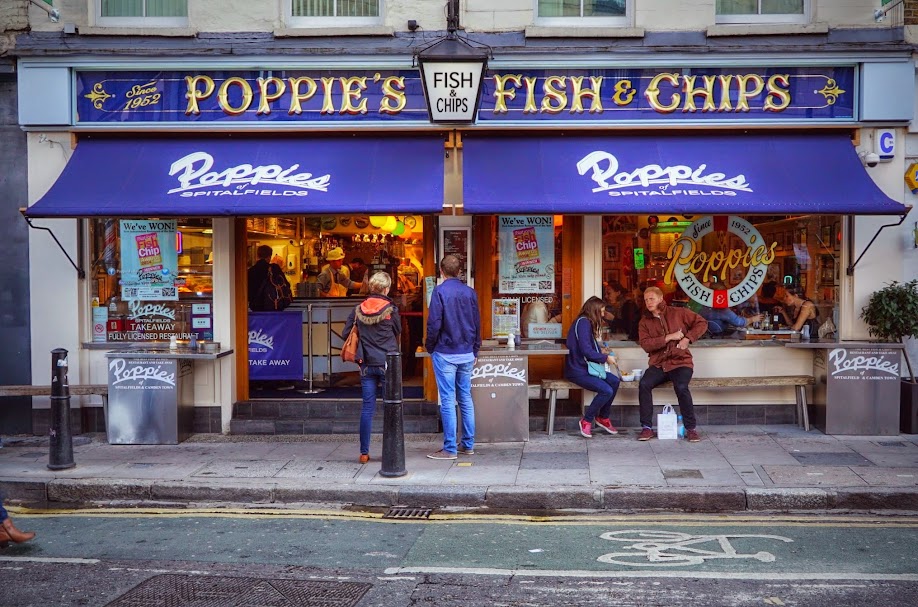 If you find yourself near Spitalfields and fancy a decent fish & chips head over to Poppies. 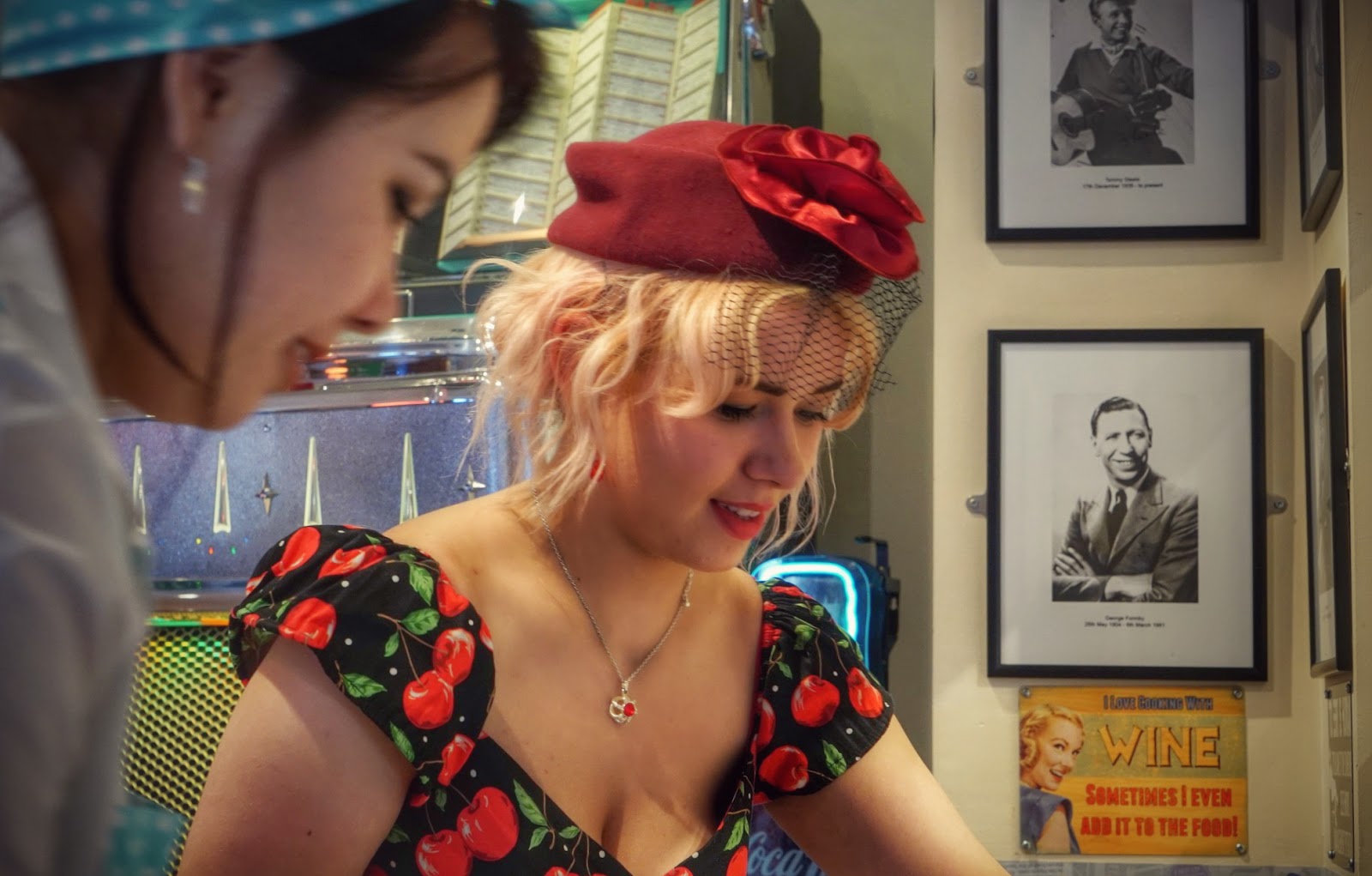 This chippy happens to be situated along my walk home, which means I'm usually passing by around "dinner time" and am often seduced by the smell of the "proper sized" chips and vinegar. That's an eating while moving affair though, I don't eat-in.
Today though I happened to be nearby at lunch time, so I thought I'd treat myself and eat-in.

The place has been decked-out with a well suited 50's theme, topped off by the "Poppets" who'll find you a table, take the eat-in orders, as well as keep the place spick-and-span. 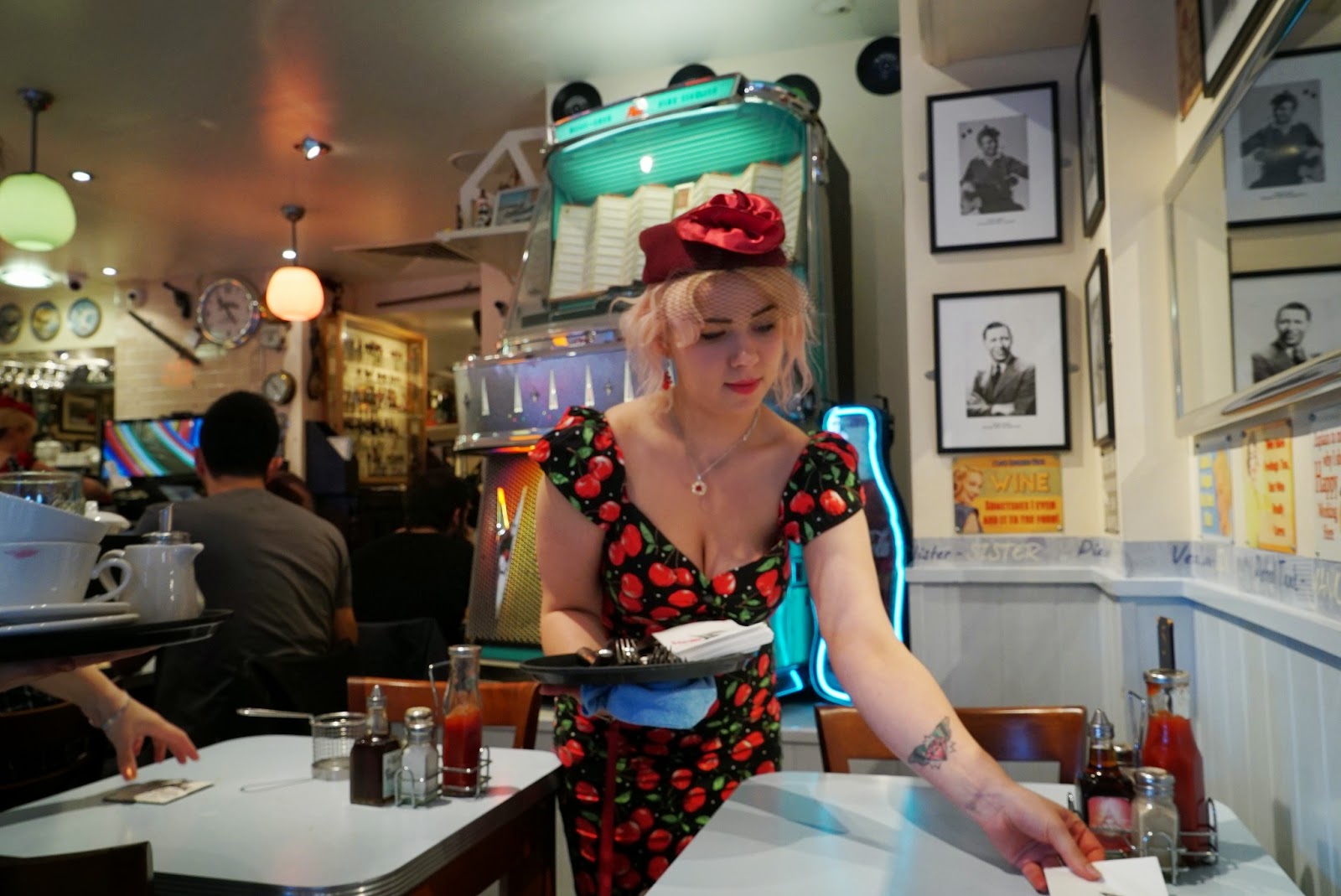 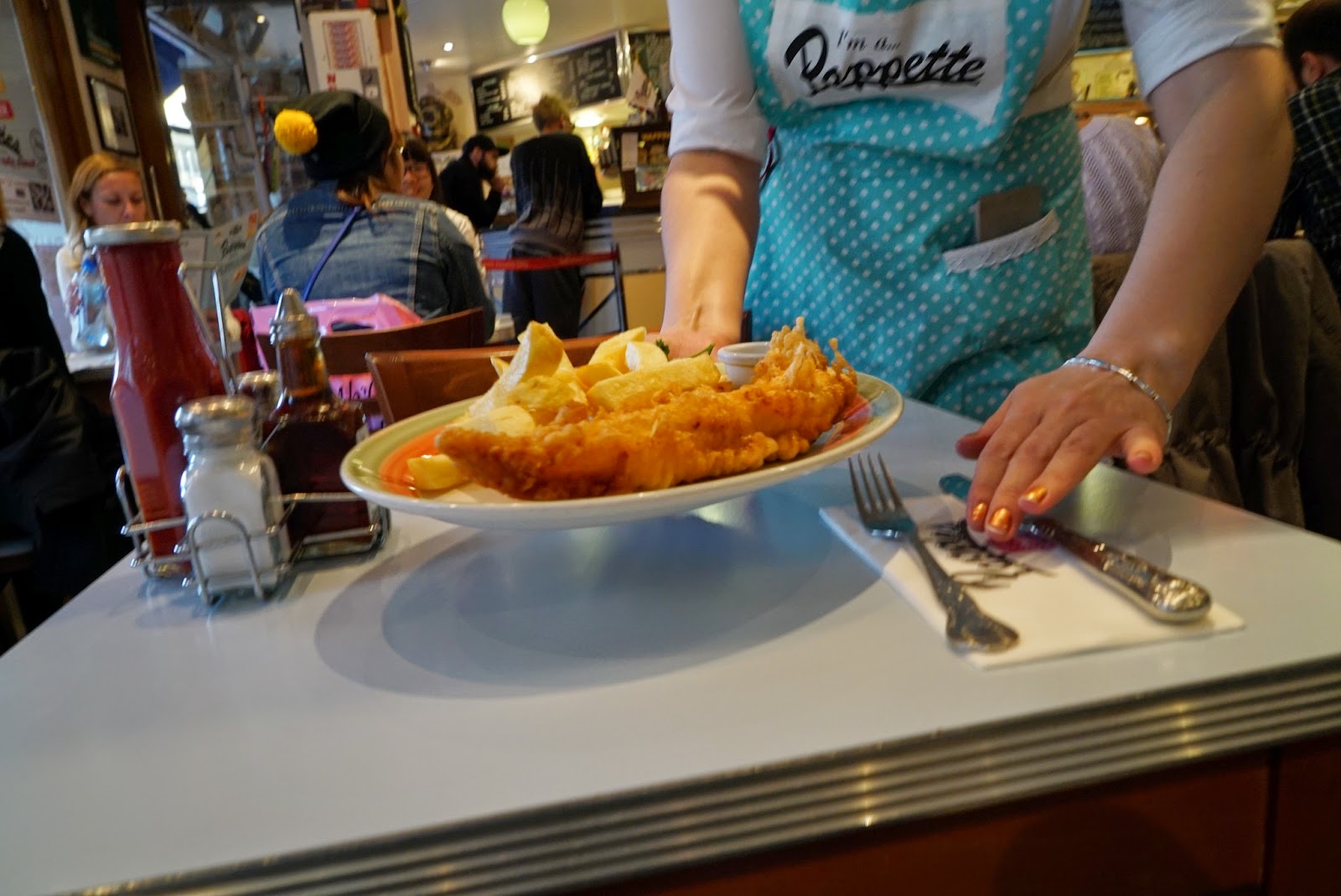 I'm a creature of habit so today, like most occasions, I'd ordered plain and simple fish & chips. 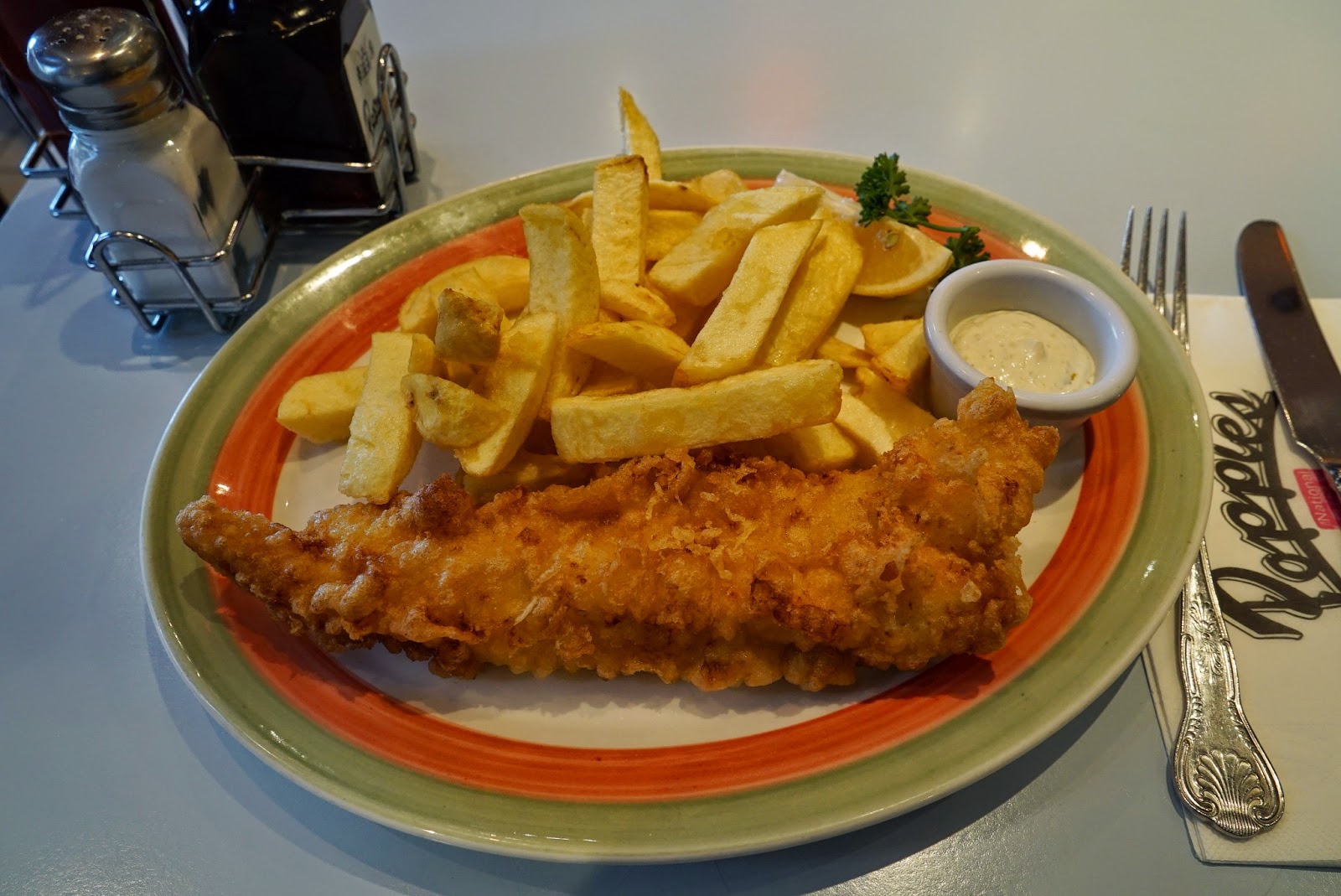 On most occasions I takeaway, but you don't have to go far if you'd rather not eat on the hoof. Benches directly outside offer adequate seating. Plenty of street life to watch the world go by as you tuck in. 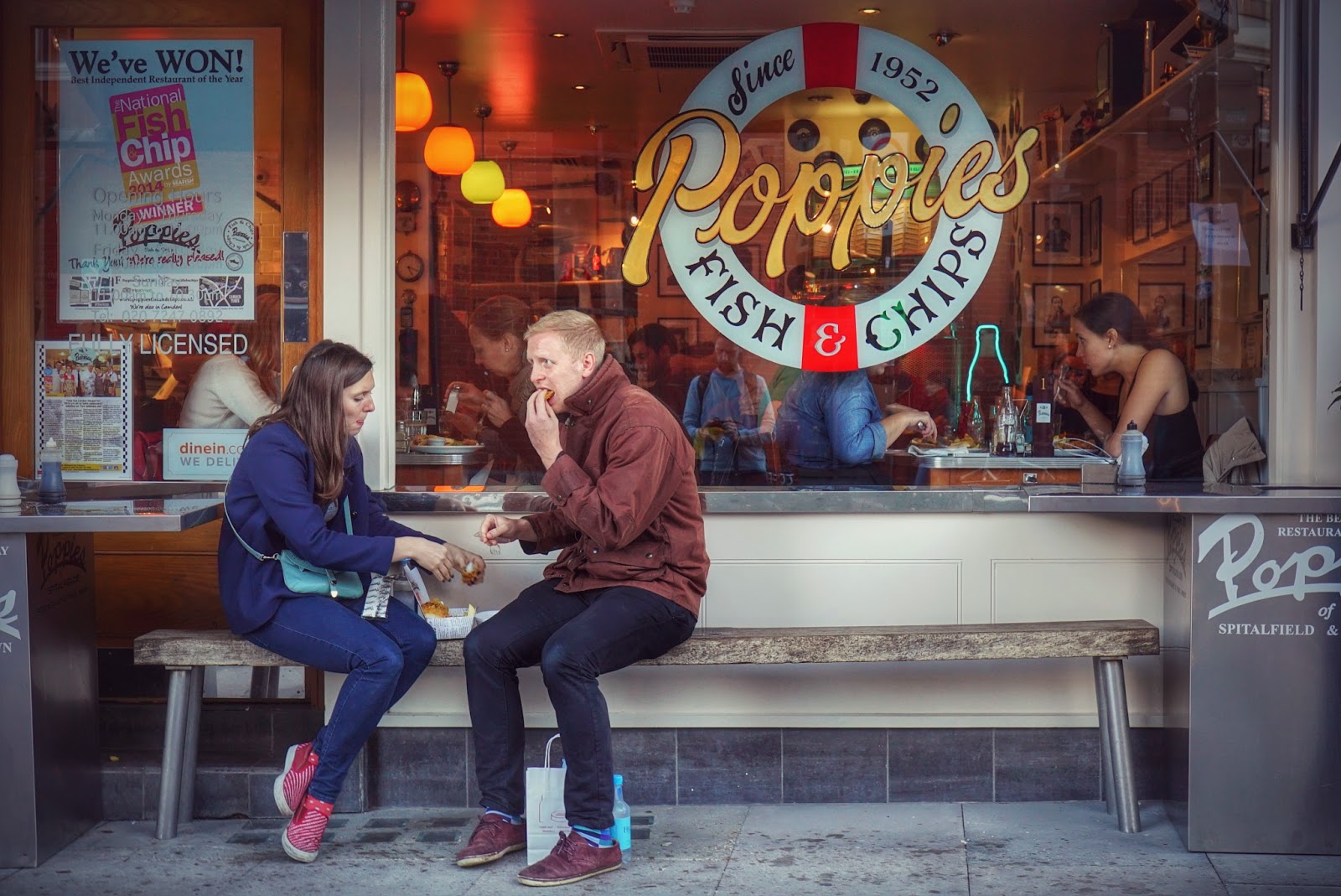 Here's what an "open" not wrapped offering looks like. Salt and vinegar is outside. Tip: check the lids are screwed on. Some joker unscrews them, so you can risk over salting! 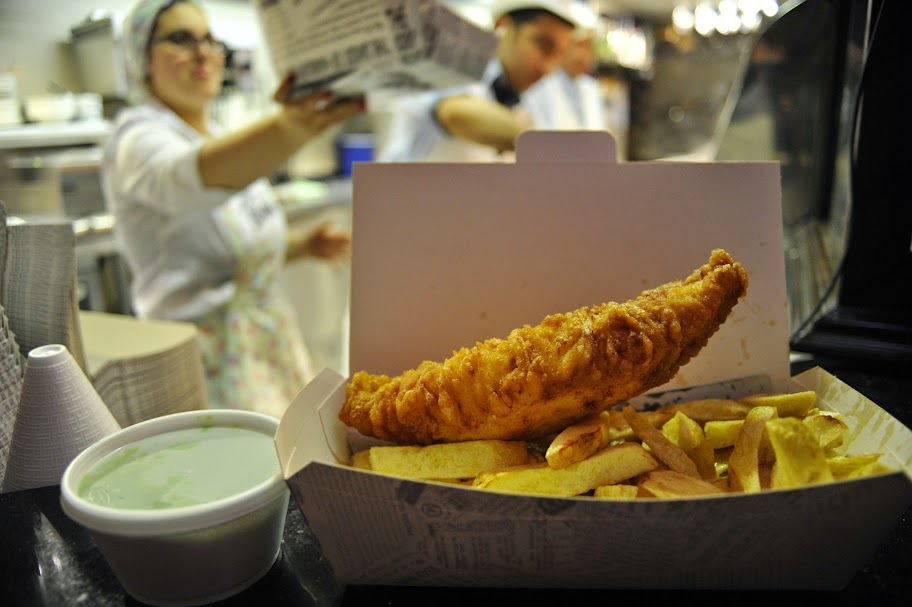 Here are two "Poppets" who I recently met on the late shift. 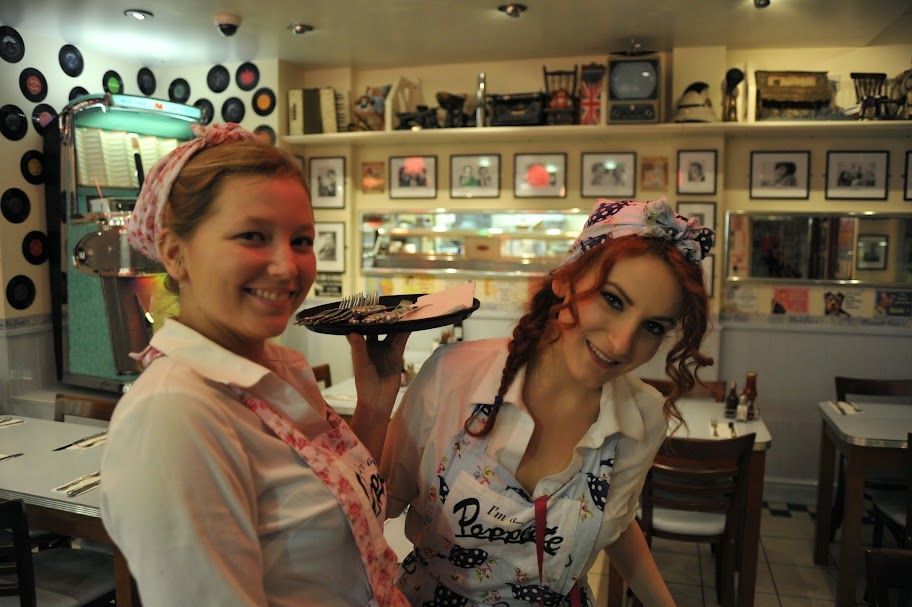 At some point I'll try some of their other fair on offer which includes: whitebait, jellied ells, roch salmon (huss), skate, calamari, sausages and pies! What's your favourite?