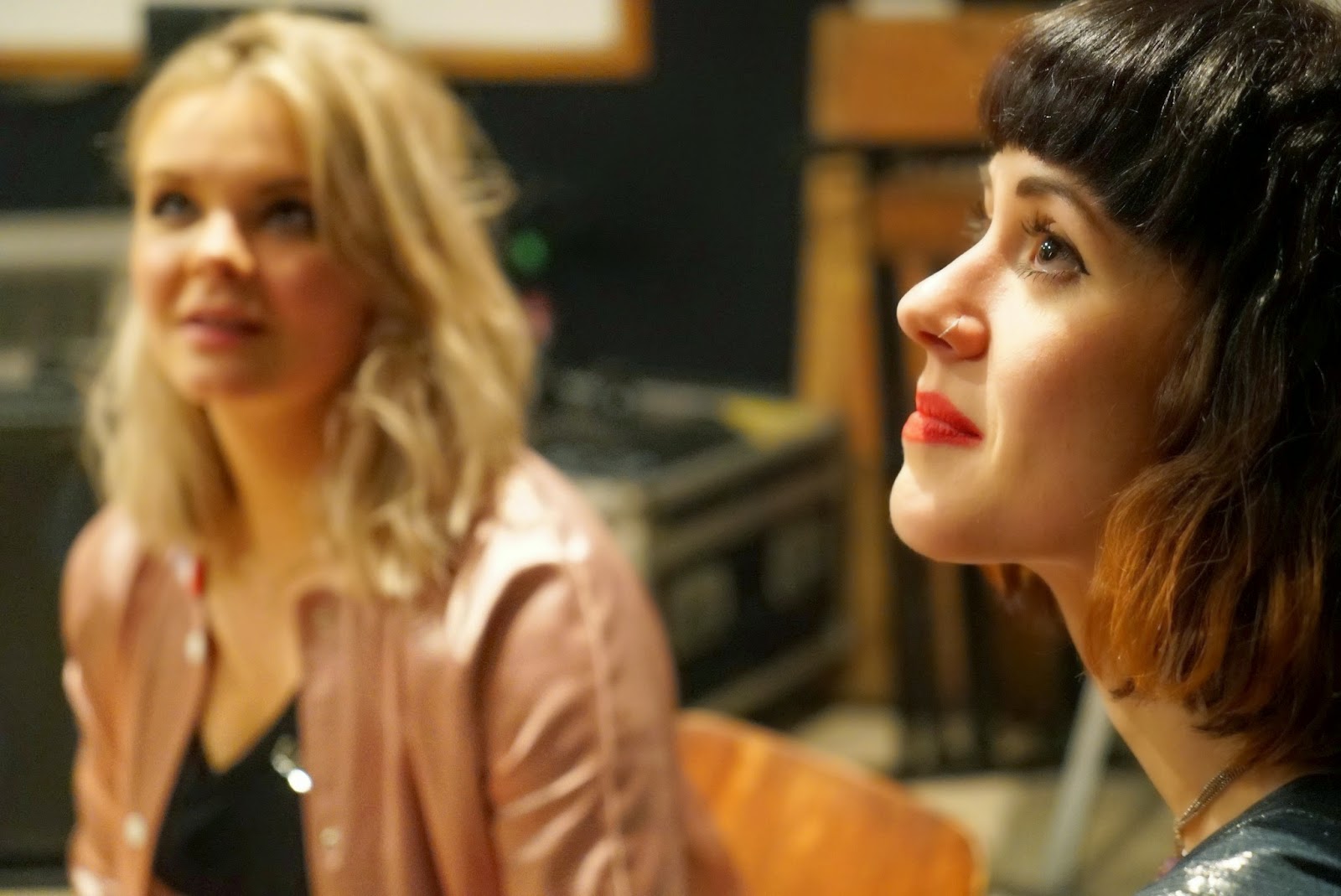 Like a haunted house that has been there 'for as long as anyone can remember' I'm not sure how or when I stumbled across Ekkah, but their newest song Last Chance To Dance is irresistable pop that feels like it's been around forever.

For descriptive purposes only, think laid back 70s funkiness like Donnie and Joe Emerson and disco with a bit of 90s RnB and Goldfrapp thrown in. Actually, probably best just to have a listen...

Anyway, Happening London popped down to Total Refreshment Centre (I know!) to see them live. The room is decked with balloons and shimmering glittery palm trees, a cross between a school disco and a trippy Wacky Warehouse. 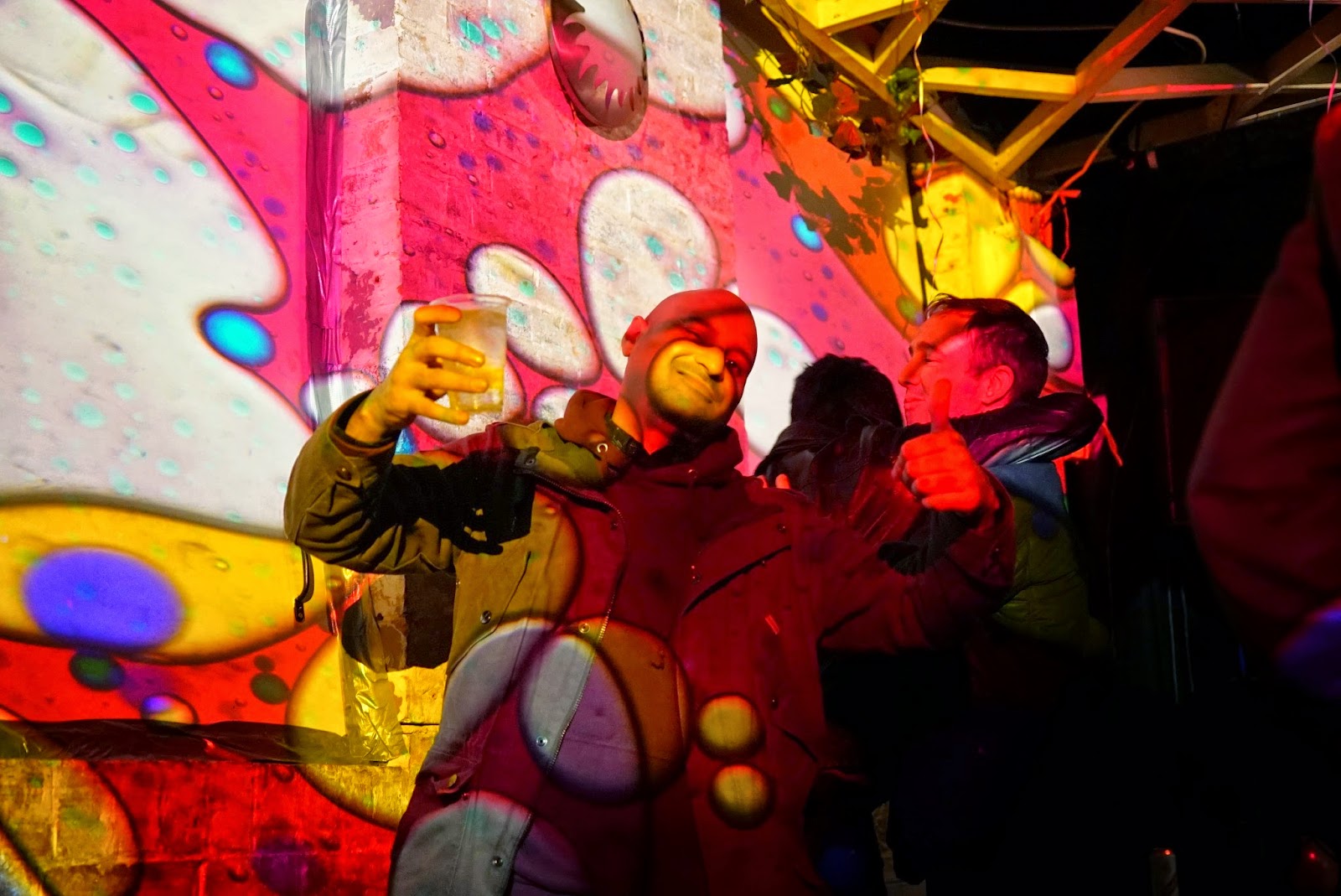 We caught up with them backstage after the show, where I spent the first half of our interview burbling enthuastically. Eventually I managed to stop telling them how great they were and actually asked them some questions, starting with the decision to perform with session musicians. 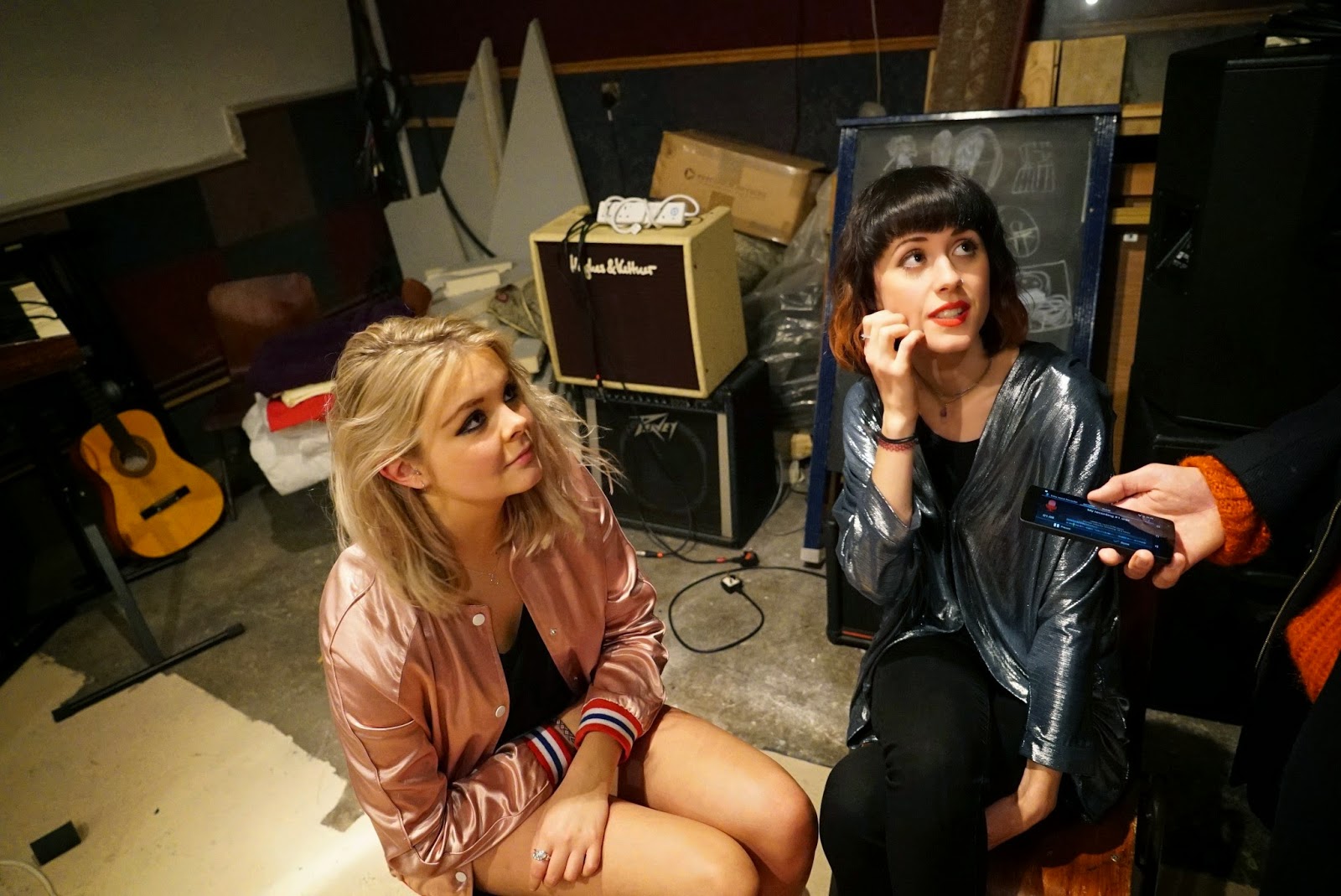 As keyboard player Rebecca says, 'it's really important that we have musicians on stage'. Rebekah adds 'we don't want to be an iTunes gig - you can't get the same feeling from just two girls and a laptop. We want five people to come alive on stage'. Having said that, it's very much about the two of them. The session musicians behind them are a tight rhythm section, but it's clear that Rebecca and Rebekah (hence Ekkah) are the stars.

The pair have been playing together in their current form for about a year, but writing and playing together for much longer. It's a winning combo - their writing oozes melody and Only U 4 Me has a chorus that fellow text-speak enthusiast Prince would be proud of. Rebekah Pennington's voice is lush, and glides effortlessly between seductive and fierce. 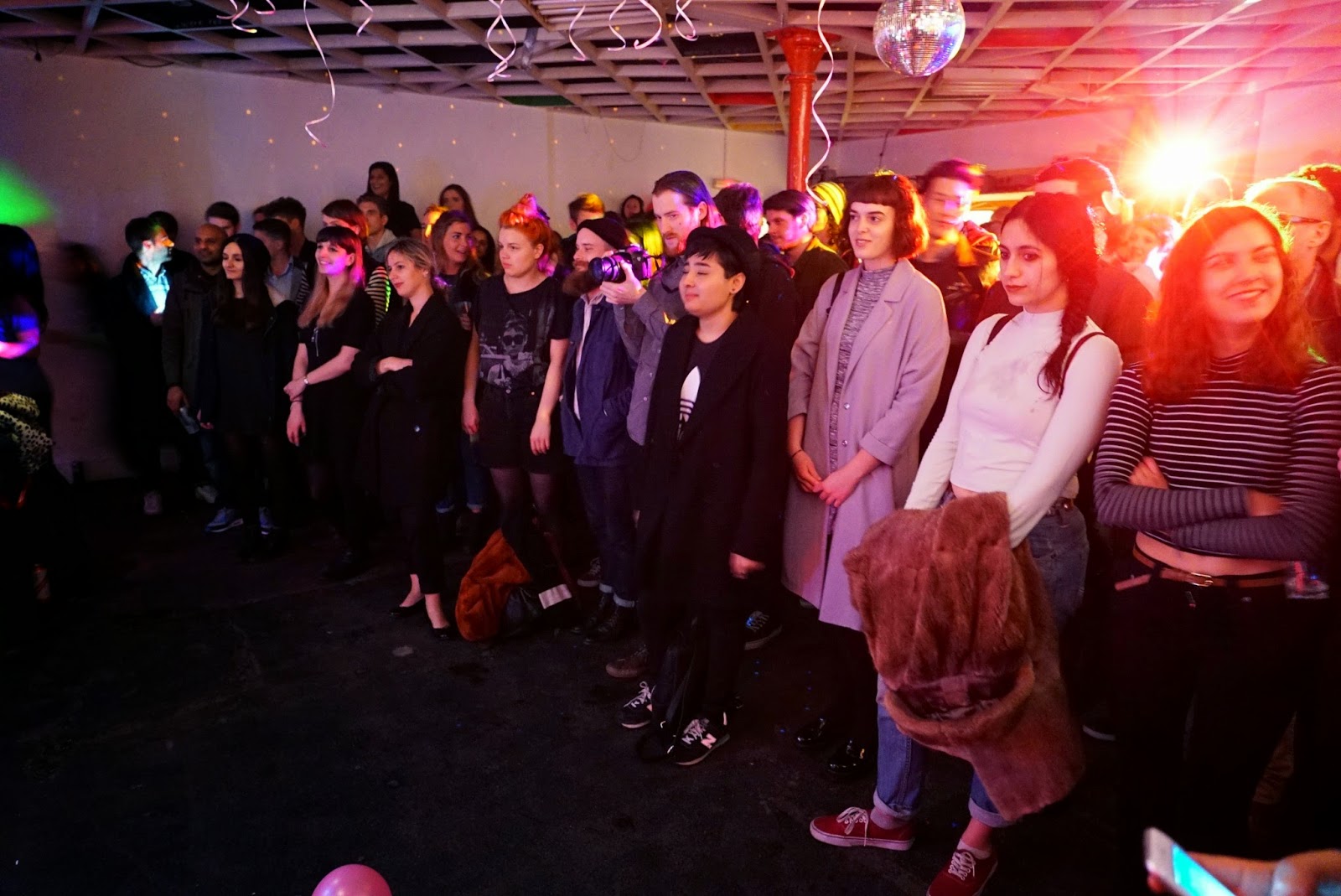 When I mention the saxophone (Grade 8), which makes an all-too-brief appearance towards the end of the set, Rebecca adds - 'people don't think that girls can play things. But we can! People would assume that we don't write, we don't record. But we do.'

I'm ambivalent about their Ronettes-esque choreography which they say is to intended to show that 'we're not just two unobtainable friends - we want everyone to be friends with us'. But they clearly love performing and the music speaks for itself. They're about to start recording and touring - 2015 is going to be a big year for them.

Ekkah, dance moves or not, you have at least two new friends. 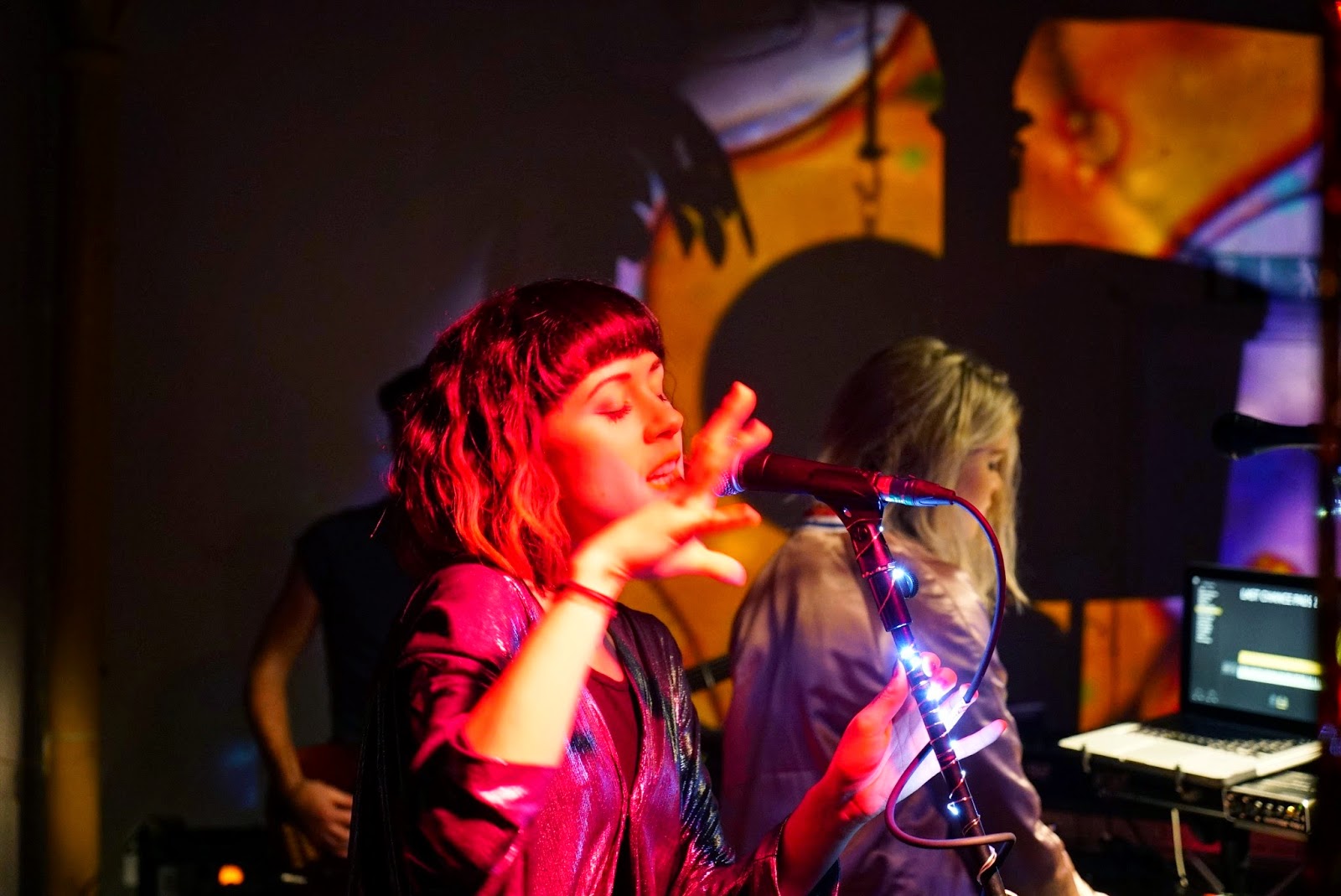